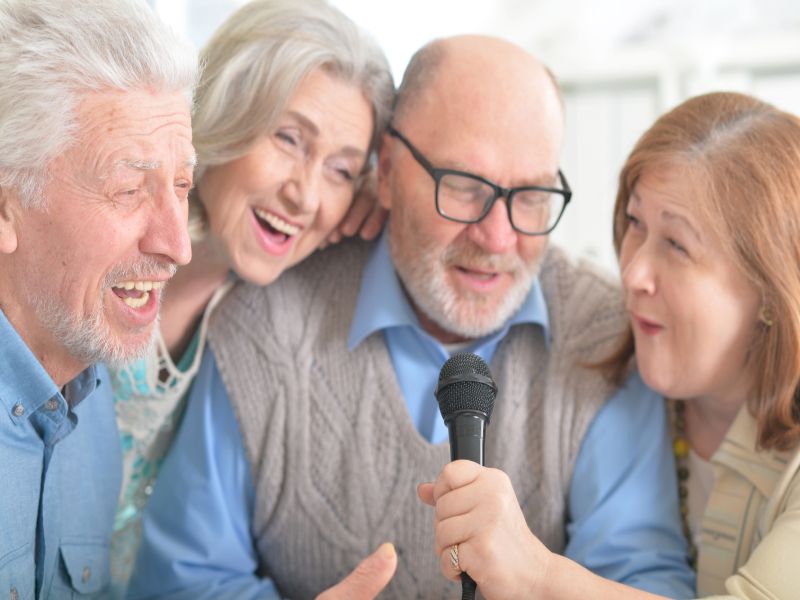 WEDNESDAY, Nov. 8, 2017 (HealthDay News) -- Getting along well with others may do more than just make life less stressful for seniors. A new study suggests that warm, supportive relationships might give a big memory boost to the aging brain.

Researchers found that so-called SuperAgers -- people 80 or older with the memory powers of those 50 to 65 -- were more likely than those with average memory to report positive relationships in their lives.

"One explanation is that maintaining friendships keeps your brain active and engaged," said study co-author Emily Rogalski. She's an associate professor at Northwestern University's Feinberg School of Medicine in Chicago.

"You could think of this like healthy exercise for your brain," Rogalski added.

The study doesn't prove that positive relationships improve memory, however. It's possible that their connection could be more complicated.

For the new study, Rogalski and her colleagues studied 31 SuperAgers, which she described as "a unique group of individuals who are defying the odds of how one ages from a memory standpoint."

The participants were all older than 80, had memory skills equal to the average among 50- to 65-year-olds, and also had at least the average thinking skills of a person 80 or older.

The researchers compared them to 19 other seniors 80 or older who had average memory and thinking skills for a person of their age.

Both groups of seniors were "cognitively healthy," Rogalski said. The median age of both groups was about 84, most were female and nearly all were white.

The SuperAgers scored an average of 40 points on a scale measuring whether they have positive relationships with other people, defined as "satisfying, warm, trusting, high-quality relationships with others." The other group scored an average of 36 points. Rogalski declined to describe how significant that difference is, but she did say it's meaningful on a statistical level.

She also added that research has shown that mentally challenging activities boost the creation of new brain cells and new neural connections.

The research didn't delve into types of positive relationships, however, leaving it unclear whether marriages, friendships or other personal connections might have more or less to do with memory.

Then there's the question of whether having better relationships with other people boosts your memory skills, or whether people with better memories attract more friends because they're mentally sharper.

According to Karen Fingerman, a professor who studies aging at the University of Texas at Austin, "We can't really say which causes which. But there have been other studies that show that engaging with a wide variety of social partners, friends and families is better for cognition over time."

"Humans are innately social creatures, and our brains are wired for social stimulation," she explained. "It is likely that engaging with friends and family may involve stimulating conversations, problem-solving, or activities that enhance well-being and cognitive functioning."

Fingerman added that it may be easier for people to stoke positive relationships than participate in other healthy behaviors that can seem more difficult, like exercising and eating healthily.

"Most people struggle to do those things," she said. "On the other hand, spending time with people we enjoy -- our friends and family -- can also be beneficial. And that is often a pretty easy prescription to follow."

The study was published online recently in the journal PLoS ONE.