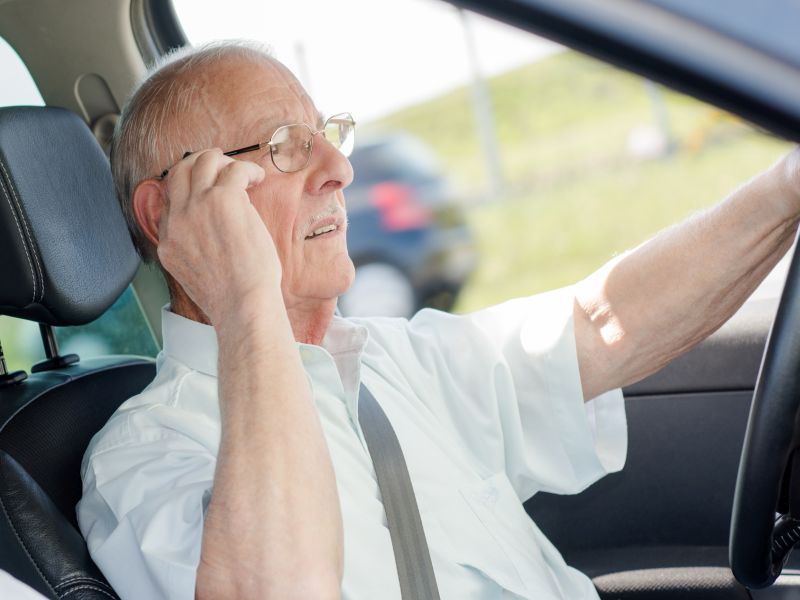 WEDNESDAY, Nov. 1, 2017 (HealthDay News) -- Is that sleeping pill you took last night making it tougher for you to drive in the daytime? What about a heart medication? Or a new antidepressant?

New research shows that many people taking prescription drugs aren't aware that their meds could impair their ability to drive.

"Most are aware of the potential dangerous side effects of sedatives and narcotics, but other medications -- such as some antihistamines, some antidepressants, some blood pressure medications, muscle relaxants and even stimulants -- may affect driving ability," noted Dr. Alan Mensch, who reviewed the study findings.

The findings have both medical and legal implications, added Mensch, who's medical director at Plainview Hospital in New York.

"Not commonly appreciated is that a DUI (driving under the influence) charge may not only involve alcohol or illegal substances. Drivers can also be charged with DUI related to prescription, as well as over-the-counter medications," Mensch noted.

The new study was led by Robin Pollini, of the Injury Control Research Center at West Virginia University.

Reporting Nov. 1 in the Journal of Studies on Alcohol and Drugs, her team tracked 2013-2014 data from the National Roadside Survey. That survey asked more than 7,400 drivers at 60 sites across the United States about their current medication use.

Nearly 20 percent of the drivers reported recent use of a prescription medication that could have affected their ability to drive safely.

Many said they weren't aware of this possible side effect, however, even though the medications had warnings on labels and the patients should have received warnings from their doctor or pharmacist.

For example, 14 percent of people taking a sedative said they hadn't either read a warning label or been advised by their doctor or pharmacist about driving risks while on the medication.

According to Pollini's team, it's unclear if the patients never received a warning or if they simply forgot about a warning they had received.

Drivers typically thought some meds were more likely to impair driving than others. Sleep aids were most often associated with unsafe driving, the study found, and drivers considered these the most likely drug to result in an accident or criminal charges.

Pollini believes doctors and pharmacists can do more to get the message out about "drugged driving" as it pertains to prescription and over-the-counter medications.

"There's an opportunity here that's not being leveraged: to provide people with accurate information about what risks are associated with those drugs," she said in a university news release. "People can then make informed decisions about whether they're able to drive."

Dr. Elan Levy is an ER doctor at Lenox Health Greenwich Village, in New York City. Reading over the new findings, he agreed that what's needed are "increased warnings provided by doctors and pharmacists, as well as improved labeling for medications that are likely to impair driving."

As for Mensch, he said that certain populations are especially at risk from this hidden hazard.

"Besides the obvious effect of drowsiness, medications can affect reaction time, vision, and the ability to mentally focus," he said. And "senior drivers must be particularly vigilant since they are often taking multiple medications whose effects may be exaggerated."

Mensch also advised that people "avoid mixing alcohol with medications. And when taking a new medication, see how it affects you prior to driving since not everyone experiences the same effects from medications. Also, let your doctor know what over-the-counter medications and herbal supplements you are taking."