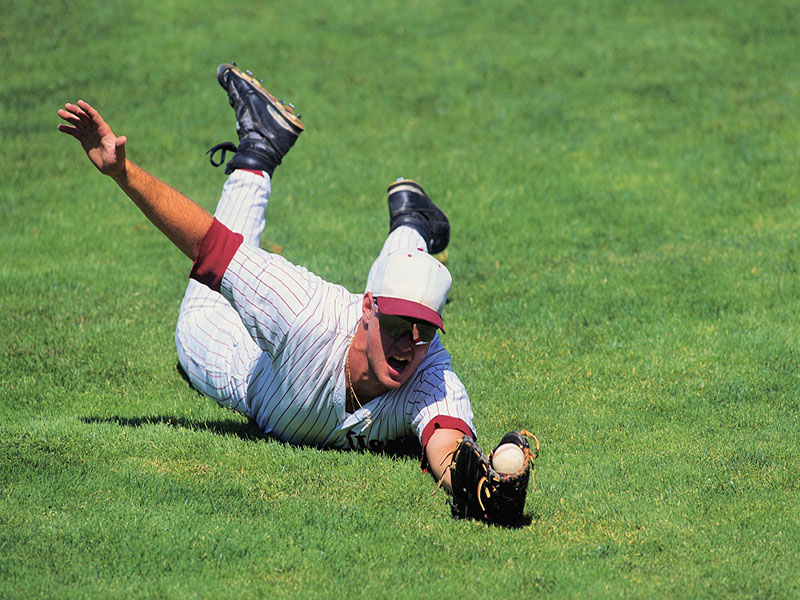 Now, a new analysis offers a few signposts that might make it easier for that dream to come true: Players who throw right-handed but bat left-handed appear to have a better chance of succeeding in the big leagues.

The analysis found that players with this specific combination of skills are seven to nine times more likely to play on a Major League team, compared with high school and elementary school teams, said lead researcher David Mann.

Mann, an assistant professor of sports medicine with Vrije University Amsterdam in the Netherlands, and his colleagues published their findings in the Oct. 26 issue of the New England Journal of Medicine.

Batting left-handed appears to help in offensive success, while throwing right-handed gives a player a better chance to find a defensive position on the field, the researchers said.

Players who bat left-handed have a number of advantages in baseball, Mann said:

At the same time, players who throw right-handed are able to play more positions on the field, making it easier for coaches to work them into the lineup, said Jacob Pomrenke, director of editorial content for the Society for American Baseball Research.

"Left-handed players even in Little League are kind of shuffled off to first base and the corner outfield positions, and pitcher of course," Pomrenke said. "Right-handed throwing players can play all over the diamond. Throwing right-handed is always going to be a little bit of an advantage."

For example, the positions of catcher, middle infielders and third baseman are almost always filled by right-handed throwers, Pomrenke said. Right-handers also are as good as lefties at playing first base and in the corner outfield.

Mann said it's not clear to him why a developing player who is right-handed would usually adopt a right-handed stance when batting.

"It may be because it is better for the purposes of control, when first starting, to have the dominant hand closer to the hitting end of the bat," Mann said. "This helps to increase control, but may sacrifice speed and power."

As an analogy, Mann provided the example of a child learning to use a hammer.

Instead, Mann said, "We suggest that children should learn to bat both ways, and that they will in most cases settle on one preferred stance. The data suggests that people who are right-hand dominant will be much better off in the long run if they end up adopting a left-handed stance."