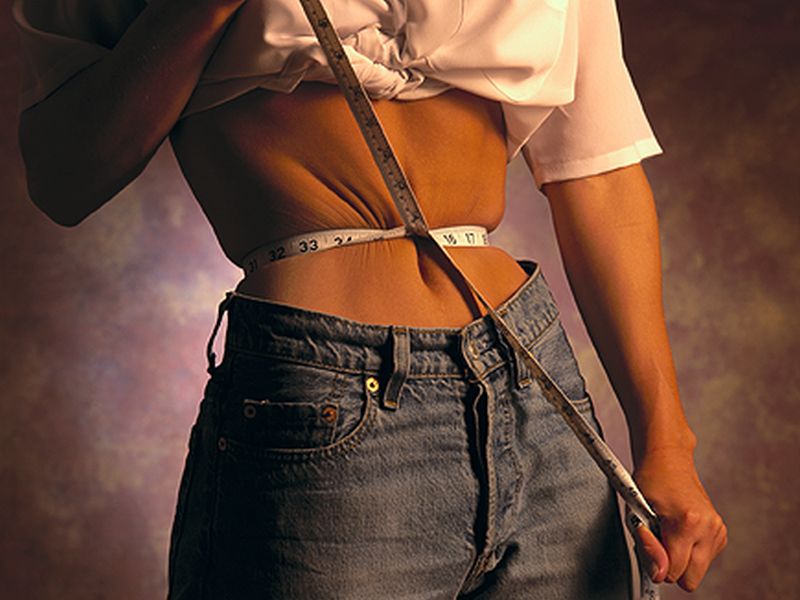 THURSDAY, Oct. 26, 2017 (HealthDay News) -- Young women who are underweight may have an increased risk of early menopause, potentially jeopardizing their health, a large new study suggests.

The study found that those who were underweight in younger adulthood were 30 percent more likely to go through early menopause, compared to normal-weight women.

Early menopause -- defined in this study as before age 45 -- is a concern for several reasons. It shortens a woman's reproductive life, and has been tied to heightened risks of heart disease, osteoporosis and memory decline.

"This is suggestive, and needs to be followed up with additional studies," she said.

Still, there are known links between weight and a woman's menstrual cycle, Szegda noted. Some underweight women, for example, stop getting their periods altogether, in what's called amenorrhea -- though it's not clear if that would contribute to early menopause.

One theory, Szegda said, is that some underweight women may have been small at birth, too. That means they could have been born with a smaller "ovarian pool," or number of eggs.

The findings, published Oct. 26 in the journal Human Reproduction, are based on nearly 79,000 U.S. nurses taking part in a large health study. They were between the ages 25 and 42 at the study's outset, in 1989.

Over the next 22 years, just over 2,800 of those women went through early menopause. And the chances were higher among those who'd been underweight at age 18 or 35 -- the two time points the researchers analyzed.

"Underweight" was defined as a body mass index (BMI) below 18.5. BMI is a measure of weight in relation to height, and figures between 18.5 and 24.9 are considered "normal." So, the researchers explained, a woman 5 feet 5 inches tall who weighs 111 pounds or less would be considered underweight.

Most of the underweight women did not go through early menopause: For example, of roughly 1,100 women who were underweight at age 35, only 61 went through menopause early.

"This is more evidence that you really can be too thin," said Dr. Lila Nachtigall, a professor of obstetrics and gynecology at NYU Langone Medical Center in New York City.

Nachtigall, who was not involved in the study, did point to some limitations with the research.

For one, she said, some underweight women may have mistakenly said they'd gone through menopause when they were really experiencing amenorrhea.

Plus, the researchers did not know whether the women were naturally very thin or had an eating disorder.

Nachtigall said the potential role of malnutrition is important since that could contribute to "ovarian failure" and menopause.

Szegda's team did find some evidence that extreme weight "cycling" was a culprit. The risk of early menopause was highest among underweight women who also reported major weight changes -- losing at least 20 pounds three or more times in young adulthood.

But, Szegda said, that was based on a handful of women, so it's not clear what to make of it.

Since early menopause is linked to certain diseases, it is a concern beyond fertility, Nachtigall said.

Women who do transition early, she said, should pay extra attention to their risk factors for heart disease and osteoporosis -- regardless of their weight. That means being vigilant about diet and exercise, and reining in conditions such as high blood pressure and high cholesterol.

Underweight women, Nachtigall added, may need a nutritional evaluation to make sure they are getting enough protein, fat, vitamins and minerals.