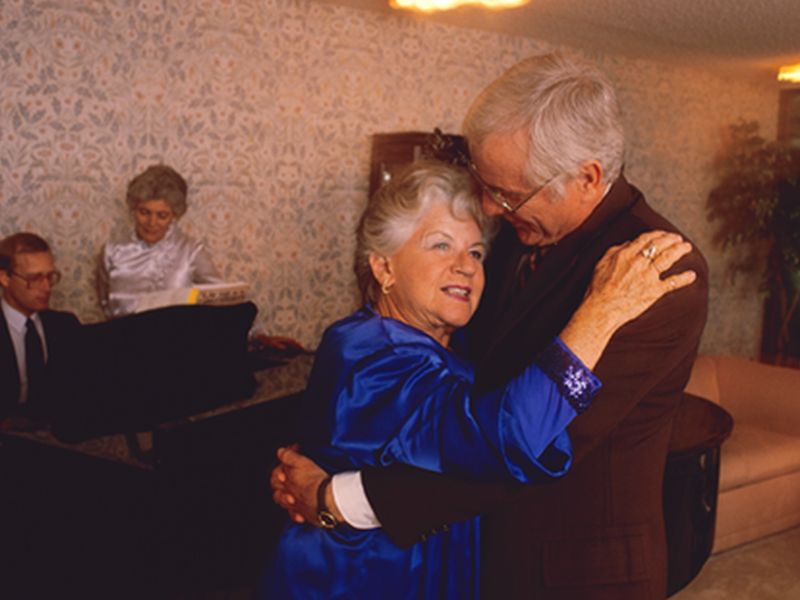 THURSDAY, Oct. 12, 2017 (HealthDay News) -- Dance classes may beat traditional exercise when it comes to improving older adults' balance -- and it might enhance brain areas related to memory and learning along the way.

That's the finding of a small study that compared dance lessons against standard exercise -- including brisk walking -- among 52 healthy seniors.

Over a year and a half, older adults who took weekly dance classes showed gains in their balancing ability. There were no such improvements in the traditional exercise group.

Researchers also found hints that all those mambos and cha-chas had extra brain benefits.

Seniors in both groups showed growth in the hippocampus -- a brain structure that's involved in memory and learning. But the dancers showed changes in more areas of the hippocampus.

Patrick Muller, one of the researchers on the study, suggested an explanation: The "multimodal" nature of dance -- its physical and mental components -- might be behind the extra brain boost.

Seniors in the dance group had to continually learn and "imprint" new steps, explained Muller, a Ph.D. candidate at the German Center for Neurodegenerative Diseases in Magdeburg, Germany.

Along with that mental challenge, he said, dance also involves coordinating movement with music -- which itself affects the brain. Plus, there's the fun, Muller noted.

David Marquez is an associate professor of kinesiology at the University of Illinois at Chicago. He said it's hard to know what to make of the brain findings, since the study group was so small.

Marquez, who was not involved in the research, is studying the effects of Latin dance classes on older Hispanic adults' well-being.

He agreed that dance can offer things that simpler repetitive activity may not.

"With dance, you're having to think about each step," Marquez said. "There are motor, cognitive and social components. And there's the music."

But, he added, both exercise groups in this study showed changes in the hippocampus, on average. And that's in line with past research, Marquez noted: Studies have found that regular aerobic exercise, like walking, may boost the volume of brain areas involved in memory, planning and other vital functions.

"So the message is, get moving," Marquez said.

Ultimately, he added, the "best" form of exercise for any one person is the one that can be maintained.

"If you don't enjoy the activity, you won't do it," Marquez said. "So find something you enjoy and do it regularly."

The study, published in Frontiers in Human Neuroscience, included healthy volunteers who were typically in their late 60s.

Half were randomly assigned to take dance classes over 18 months. The rest attended a traditional exercise program that included walking, stationary bikes, strength-training and stretching.

The dance group met twice a week for the first six months, then weekly. To keep participants on their toes, the dance styles changed every couple of weeks and ranged from Latin to line dancing to jazz.

Just 14 seniors from the dance group and 12 from the traditional fitness group stayed with the program for the full 18 months.

In the end, the study found, only the dancers showed clear improvements on balance tests. And while both groups had increases in their hippocampal volume, the dance group tended to show changes in more subregions of the hippocampus.

The hippocampus is critical, according to Muller, because it is affected in dementia -- including Alzheimer's disease -- and it can also shrink with age.

The big question, though, is whether dance can make any difference in the odds of seniors' mental decline.

"Further research is needed to clarify whether this intervention truly has the potential to reduce the risk of neurodegenerative diseases such as Alzheimer's," Muller said.

According to Marquez, it would be interesting to do the same study with older adults who already have some cognitive impairment, and see if there are similar brain changes.

For now, Muller said, the findings suggest dance might have some advantages over simpler repetitive physical activity.

But he agreed that exercise in general -- plus a healthy lifestyle overall -- "can help the brain stay young."