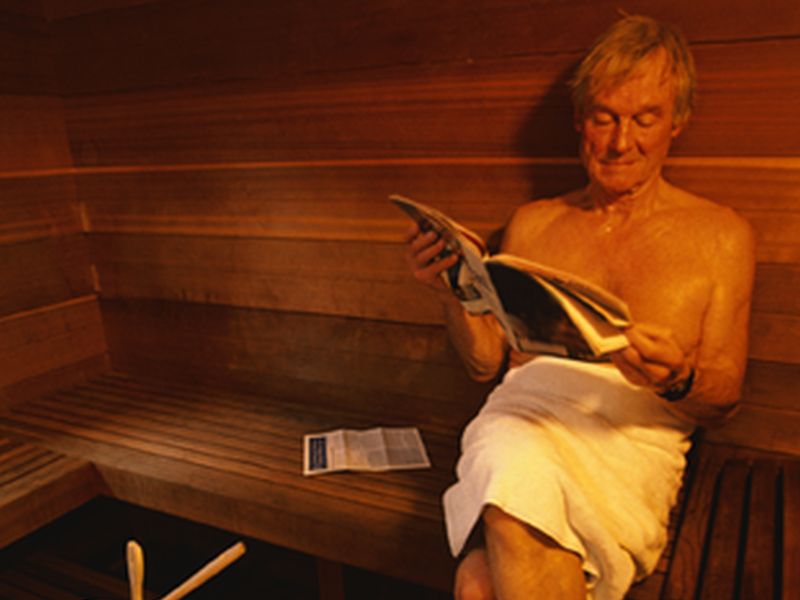 Studying more than 1,600 middle-aged men in Finland, researchers found that those who took sauna baths four to seven times a week cut their risk of high blood pressure by nearly half, compared to once-a-week sauna bathers.

The research team used data from follow-up on the men over an average of 22 years. During that time, about 15 percent of the participants developed high blood pressure.

Risk of high blood pressure was 24 percent lower in those who had a sauna two to three times a week, according to the study.

However, the research only found an association between better blood pressure and routine sauna use, not a direct cause-and-effect relationship.

High blood pressure is a major risk factor for heart disease. The same researchers previously found that frequent saunas reduce the risk of heart-related death and death from all causes.

The study findings were published recently in the American Journal of Hypertension.