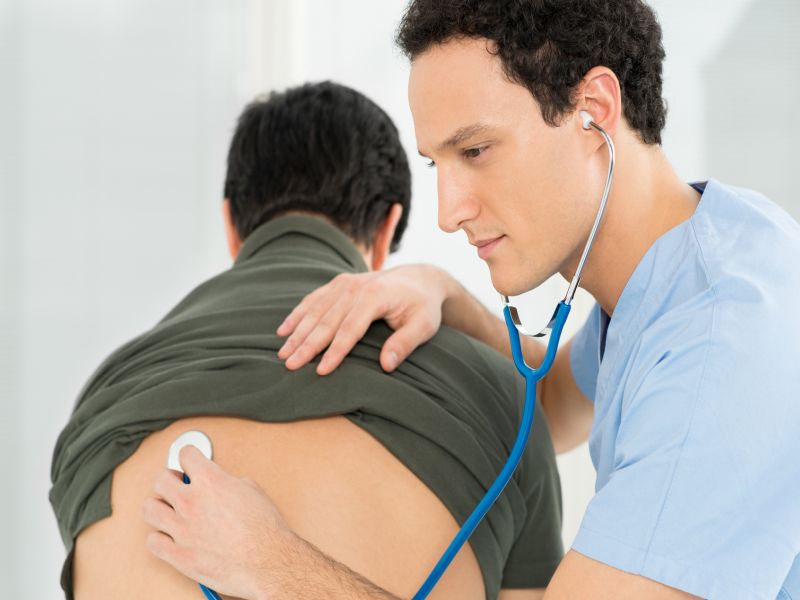 THURSDAY, Sept. 21, 2017 (HealthDay News) -- The asthma medication Singulair (montelukast) appears linked to neuropsychiatric side effects, such as depression, aggression, nightmares and headaches, according to a new review by Dutch researchers.

But experts aren't yet ready to pull the plug on this class of medication.

"In our study, we give prescribing physicians the advice to be alert for signs and symptoms for allergic granulomatous angiitis [a rare complication associated with the drug] and for severe neuropsychiatric symptoms," said study lead author Dr. Meindina Haarman.

"The doctor still decides whether or not to treat the patients with montelukast," said Haarman, from University Medical Center Groningen in the Netherlands.

Dr. Matthew Lorber is a psychiatrist at Lenox Hill Hospital in New York City. He cautioned against discontinuing the medication in children with asthma, a lung disease that inflames and narrows the airways.

"Ultimately, asthma can be a life-threatening condition in children and cannot be ignored, so I do recommend to parents that their children continue with these lifesaving medications," Lorber said.

"It is just very important to monitor for these risks, and it is vital that doctors warn parents about these risks before their children start these medications so they know what to be on the lookout for," Lorber added.

Singulair is an asthma and allergy medication, available as a pill or as dissolvable granules, taken once daily. It's part of a class of drugs called selective leukotriene receptor antagonists, according to Haarman. Other medications in this class include zafirlukast (Accolate) and zileuton (Zyflo and Zyflo CR).

Since 2009, the U.S. Food and Drug Administration has required these drugs to carry a warning that they are associated with neuropsychiatric side effects, such as agitation, aggression, anxiousness, dream abnormalities and hallucinations, depression and insomnia. Suicidal thinking and behavior (including suicide), and tremor are also possible side effects.

The second was a global database called VigiBase, maintained by the World Health Organization to monitor adverse side effects from medications. This database, which includes more than 120 countries, contained almost 18,000 reports of adverse events after taking Singulair.

The odds of thinking about suicide were 20 times higher and the odds of nightmares were more than 22 times higher in adults and kids taking the drug, with children especially prone to nightmares, the study showed. The risk of headaches was twice as high in people taking Singulair.

The study authors acknowledge it's hard to tease out a cause-and-effect relationship. For example, having asthma has been linked to a higher risk of depression, so is the effect from the disease or the treatment?

Still, Haarman said, "For certain neuropsychiatric symptoms [such as] nightmares, the relatively high reported odds ratio indicates a strong relationship between montelukast and the symptom. But for other side effects this relationship is not that clear."

But, she continued, "No exact pathophysiological explanation has been found yet for the increased risk of neuropsychiatric problems in both children and adults treated with montelukast."

"Singular is used in a select group of patients with asthma whose symptoms are inadequately controlled on inhaled corticosteroids. It is typically an adjunctive therapy and is useful because it can limit the amount of steroids a patient receives," she explained.

"If your physician thinks that your child's asthma is inadequately controlled or if your child has exercise-induced asthma, montelukast might be a beneficial treatment," Coscia said. But, she added, "It is imperative to be conscious of any behavioral changes or nightmares, and if these occur, call your physician promptly."

Haarman said adults should also reach out to their physicians if they experience any unusual side effects while taking these medications.

Merck -- the manufacturer of Singulair -- did not respond to a request for a comment.

The study's findings were published Sept. 20 in Pharmacology Research and Perspectives.