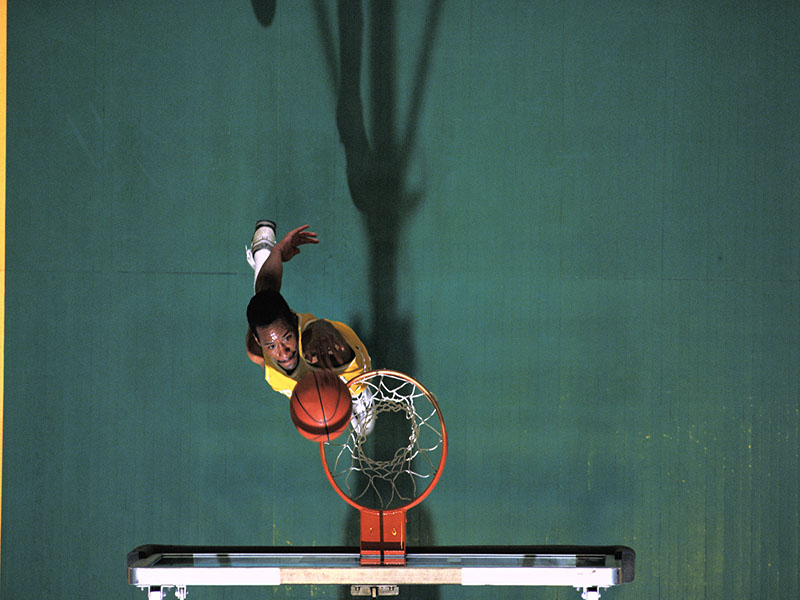 TUESDAY, Sept. 19, 2017 (HealthDay News) -- Athletes are dying from cardiac arrests that occur during play because teammates, coaches and other bystanders don't know how to best save their lives, a new study claims.

Cardiopulmonary resuscitation (CPR) applied immediately can give these athletes a fighting chance, but onlookers failed to provide CPR in three out of five cases, according to a review of more than two dozen game videos.

Bystanders instead most often tried to keep the athlete from swallowing his or her tongue, acting on the widespread misconception that this must be done to prevent a person in cardiac arrest from asphyxiating, said lead researcher Dana Viskin. She is with the Tel Aviv Sourasky Medical Center and Sackler School of Medicine at Tel Aviv University in Israel.

"Athletes, especially professional athletes, are receiving poor CPR because the first responders -- that is, their fellow teammates and medical staff -- are focusing not only on their airway, but specifically on pulling out their tongue, instead of providing chest compressions and fast defibrillation, which is what these players need," Viskin said.

While the study focuses on athletes, it likely reveals how onlookers respond to cases of cardiac arrest that occur in average people in the community, said Dr. Peter Kudenchuk. He is a professor of cardiology with the University of Washington School of Medicine in Seattle.

"Cardiac arrest in athletes occurs, but it's not very common," Kudenchuk said. "For the rest of us in the United States, a cardiac arrest occurs about once every minute. Half a million lives each year are jeopardized by cardiac arrest, and that's just in the U.S.," he noted.

"Often bystanders wither -- doing nothing, not knowing what to do or focusing on the wrong fix," Kudenchuk continued.

Viskin and her colleagues decided to investigate the issue after discovering a YouTube video showing the 1990 collapse of Loyola Marymount University basketball player Hank Gathers in the middle of an NCAA game.

Gathers, 23, was suffering a cardiac arrest but for two full minutes he received no CPR, the video shows. Shortly afterward, he was pronounced dead at a nearby hospital.

The research team searched Google and YouTube for other videos of athletes collapsing during play. They wound up with 29 videos recorded across the globe between 1990 and 2017, involving sports as varied as basketball, soccer, ice hockey, wrestling and volleyball.

Nearly two-thirds of the videos (65 percent) showed bystanders taking steps to prevent tongue swallowing. These included placing the player on his side or tilting his head sideways, and reaching into the mouth to pull at the tongue and clear the airway.

Only 38 percent of videos showed people performing chest compressions, researchers found. Defibrillators were used in just two cases, and in one of those the first shock did not occur until 10 minutes after the player's collapse.

In the past, heart experts recommended an "ABC" response to cardiac arrest: airway; breathing; and chest compressions.

But in 2010, the American Heart Association reversed course, updating its guidelines to instead recommend a "CAB" approach that emphasizes chest compressions over concerns regarding airway or breathing.

Average folks performing CPR now are asked to perform about 100 chest compressions per minute, similar to the beat kept by the disco song "Stayin' Alive," Kudenchuk said. Only people with CPR training should attempt mouth-to-mouth breathing.

Viskin said she is concerned that the Gathers video -- which has received nearly 3 million viewings on YouTube -- and other such videos send the wrong message about what should be done during cardiac arrest.

"Tongue swallowing is a myth," Viskin said. "The media needs to stop emphasizing the wrong move and start focusing on the right one. Only chest compressions and an automatic defibrillator have been shown to significantly improve survival."

When someone collapses, bystanders should use the "No, No, GO!" method to determine whether they should start chest compressions, Kudenchuk wrote in an editorial accompanying the study.

"If the answer to those two questions is 'No,' then the smartest and best thing a person can do is start pumping on the chest, because that is a cardiac arrest until proven otherwise," Kudenchuk said.

While delivering chest compressions, you should shout out to other people nearby to call 911 and to look for an automatic defibrillator, he said. If there's a defibrillator on hand, follow its instructions to deliver a potentially lifesaving shock to restart the heart.

People shouldn't worry at all about whether they're delivering CPR to a person who doesn't need it, Kudenchuk added.

"What's the worst thing that can happen? The person wakes up and pushes their rescuer away, and no harm is done," he said. "Don't worry about the mouth or anything else. Put your hands in the middle of the chest and start pumping."

The study was published Sept. 19 in the journal Heart Rhythm.