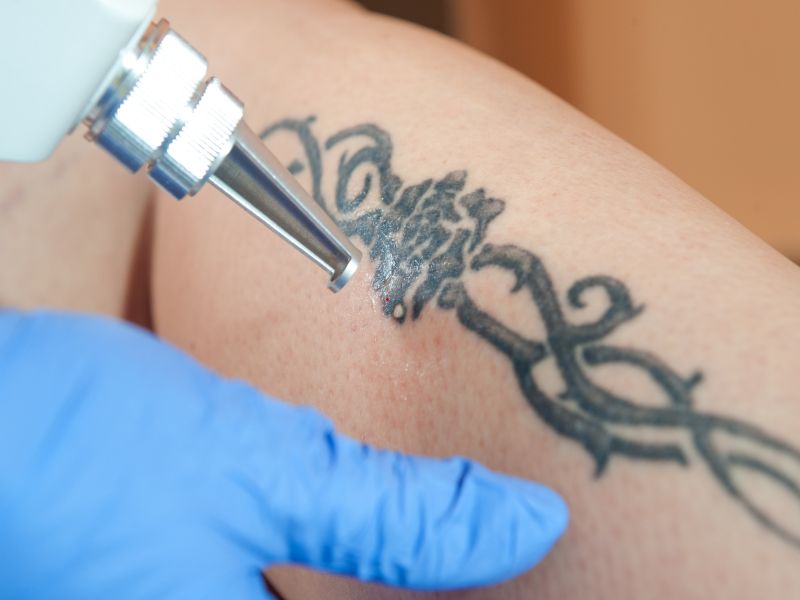 Teens should pause before getting inked -- especially with the name of their current sweetheart.

That's some of the advice in a new report from the American Academy of Pediatrics, a leading group of doctors who care for children.

Tattoos and body piercings may have hit the mainstream, but the report details some of the risks -- from skin infections to potentially damaged job prospects.

But the point is not to put the kibosh on body art, said Dr. Cora Breuner, the lead author of the report.

"This isn't necessarily something to be looked down upon. We just want young people to be aware," said Breuner, an attending physician at Seattle Children's Hospital.

It's difficult to know how often tattoos or piercings cause infections or other complications, because it's not specifically tracked, Breuner said.

But based on case reports, the potential risks include scars, allergic reactions and bacterial infections.

According to the academy, there are "many case reports" of people who've developed non-tuberculosis mycobacteria infections after getting tattoos, for instance. Those infections range from mild skin rashes to severe abscesses (a collection of pus within the skin tissue) that must be surgically drained.

Tattooing has also been linked to cases of the liver infection hepatitis, which can be passed through blood.

It's crucial, the report said, that you go to licensed tattoo artists who follow the necessary infection-control steps: They should wear disposable gloves, and demonstrate that they are using a new needle from a sealed, sterile container -- as well as fresh ink poured into a new, disposable container.

You should also make sure your immunizations are up to date and that you aren't taking any medication that compromises your immunity.

"If they're following good, sterile procedures, the risk of infection is low," said Dr. Bruce Robinson, a clinical professor of dermatology at Lenox Hill Hospital in New York City.

But even then, Robinson said, people can have an allergic reaction to pigments in tattoo ink or the metals (particularly nickel) used in body piercings. In those cases, he noted, a "secondary" bacterial infection can develop -- if, for example, a person is scratching an allergic rash.

Some people are also prone to forming keloids after a piercing or tattoo, Robinson said. Keloids are hard, raised scars that can grow to be much larger than the wound that caused the scar.

Even if all goes well with the body-art process itself, there are potential issues down the road, Breuner said.

"If you have a visible tattoo or piercing, it might affect your ability to get a job," she said. Even in this age of ubiquitous body art, she noted, some employers may not be so accepting.

Another consideration with tattoos is their "longevity," as Breuner put it. Young people should put a lot of thought into not only the location of the tattoo, but the art itself, she said.

According to Robinson, about half of people with tattoos eventually regret them.

While tattoos can be removed, it's not an easy process. Laser surgery is most effective, but it's time-consuming, costly and imperfect.

"It can take upwards of 10 treatments," Robinson said. "It's not painless. And it can leave an outline or 'shadow' behind."

The laser cost varies, depending on the tattoo's size and complexity, among other things. But the starting price, Breuner said, is around $50 per square inch.

Women should also be aware, Breuner noted, that certain body piercings -- belly button and nipple rings -- must be removed during pregnancy and/or breast-feeding.

Nearly all U.S. states have laws regarding tattoos or body piercing for minors, according to the National Conference of State Legislatures. Some states ban them entirely; others allow them if a parent is present or gives written consent.

Breuner suggests parents keep their cool if their children say they want a tattoo or piercing. "Have a conversation about it," she said. "If you just say 'no,' that's probably a guarantee they'll do it."

The report was published online Sept. 18 in the journal Pediatrics.