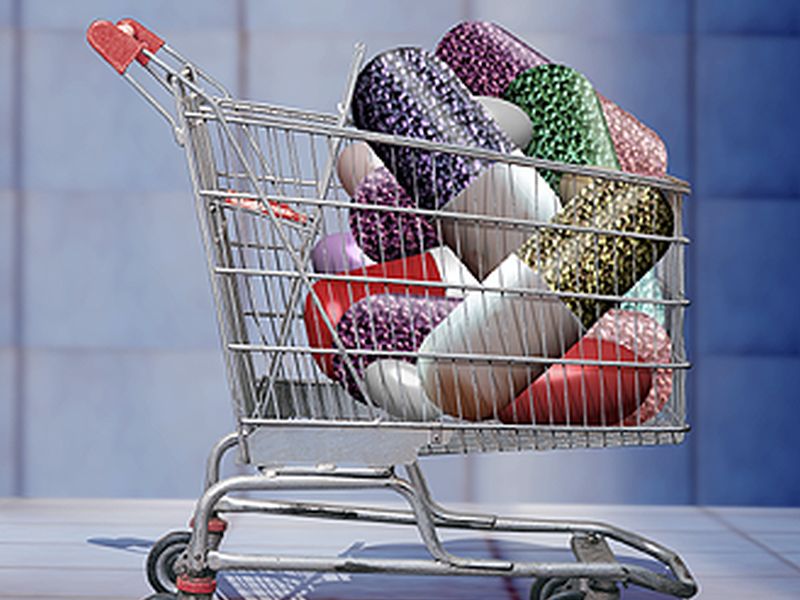 But a new analysis, focused on 10 new cancer drugs, finds those costs may have been greatly exaggerated -- and the return on investment for drug companies is lucrative indeed.

The study found that the typical R&D process for a new cancer medication spans about seven years, with an average per-drug cost of between $648 million and $794 million.

Pricey, yes -- but still far below the $2.7 billion-per-drug R&D figure determined by a 2016 Tufts University investigation. It's that number that drug companies have pointed to as their average R&D cost per drug.

And the pay-off, once a new cancer drug reaches the market, can be enormous, the new study found. According to the researchers, after an average of about four years on the U.S. market, the 10 new drugs they studied ended up collectively generating $67 billion in revenue.

That's seven times the total cost of all the drugs' combined R&D.

"These results suggest that pharmaceutical drug development is extremely lucrative, and the current drug prices are not necessarily justified by the R&D spending on these drugs," said study co-author Sham Mailankody. He's assistant attending physician with the myeloma service at Memorial Sloan Kettering Cancer Center in New York City.

Mailankody co-wrote the study with Dr. Vinay Prasad, of Oregon Health and Science University in Portland. The findings were published online Sept. 11 in JAMA Internal Medicine.

At the crux of the issue are skyrocketing U.S. prices for new cancer medications, which often exceed $100,000 a year, sometimes hitting as high as $200,000.

According to Mailankody, there are three common justifications for this "sticker shock": the drug is a novel approach to treating a cancer; it brings improved effectiveness; and it's been produced after some very expensive R&D.

Mailankody said that, in prior investigations, he and Prasad already found that "the cost of anticancer drugs is unrelated to the novelty of mechanism of action or the efficacy of these drugs."

So that leaves the high R&D cost as the sole justification left standing.

To see if that argument held up, the researchers identified 10 drug companies which -- for the first time -- had each gotten a single new cancer drug to market between 2006 and 2015.

Filings lodged with the U.S. Securities and Exchange Commission revealed the total amount each company had laid out for all R&D costs related to cancer drugs -- even when the company successfully brought just one drug to market.

"Our analysis actually accounts for the cost of [all drug] failures" as well, Mailankody explained, rather than just the R&D costs of a single successful drug.

R&D cost per drug ranged widely between companies, from a low of $320 million to a high of $2.7 billion, the study found.

However, roughly four years after a drug successfully made it to market, nine out of 10 companies saw their revenues greatly exceed such costs. In fact, four of the 10 companies were raking in revenues 10 times their total investment in R&D, the findings showed.

Mailankody noted that drug companies also "enjoy long market exclusivity/patent protections," averaging about 14 years, so that "in time, it is anticipated that these companies will have substantial profits."

Merrill Goozner has variously worked as a business professor, journalist, and director of the Integrity in Science Project at the Center for Science in the Public Interest. He wrote a journal commentary reflecting on the new findings. He believes "the study conclusively shows for the first time that the drug industry's claim that it costs $2.5 billion on average to develop a new drug is completely specious."

Representatives of the drug industry were quick to take issue with the claims, however.

Speaking to The New York Times, Daniel Seaton, a spokesman for the Biotechnology Innovation Organization, said that because success in drug research is expensive and never guaranteed, "it's a bit like saying it's a good business to go out and buy winning lottery tickets."

"The sample consists of relatively small companies that have gotten only one drug approved, with few other drugs of any type in development," he told the Times. This leads to "substantial selection bias," so that the findings cannot reflect the pharmaceutical industry as a whole.

Dr. J. Leonard Lichtenfeld is deputy chief medical officer of the American Cancer Society. Reading over the study from Mailankody and Prasad, he said that "there are a lot of different facets to this discussion, well beyond the single point of this paper."

He agreed with DiMasi that the paper's focus on small start-ups fails to "consider drug companies that are private or very large with many, many, drugs under consideration."

Lichtenfeld pointed out that "the problem is those kinds of privately held companies don't provide access to detailed R&D information. And many people, including these researchers, would argue that we need that information in order to make rational interpretations on drug pricing."

He added, "As a member of the Cancer Society, I don't have a position on this. But I do think this paper is going to move this discussion along because we need innovation and incentives for innovation. But society 'writ large' also needs to reach an understanding as to what is acceptable and desirable. Hopefully, cooler heads will prevail."