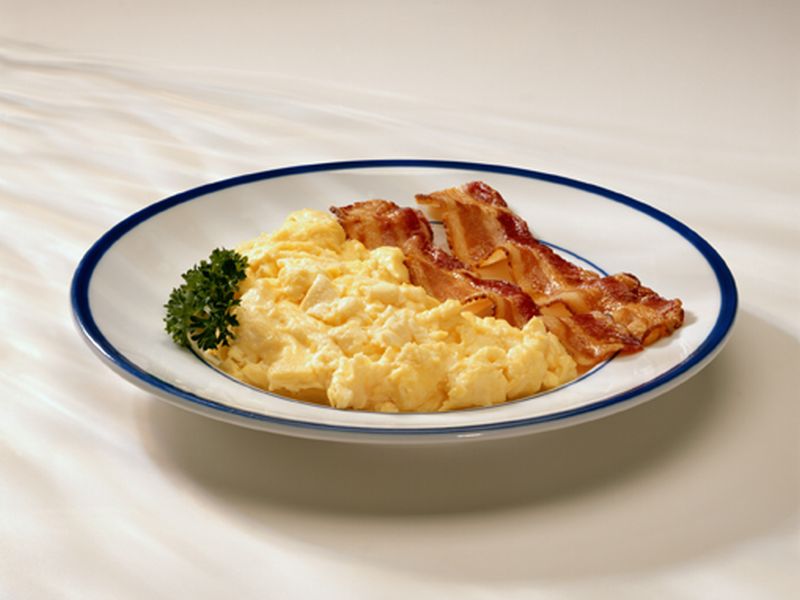 WEDNESDAY, Sept. 6, 2017 (HealthDay News) -- How filling you think a meal will be can affect how much you eat later, a small study found.

The research included 26 people who ate what they were told were two-egg and four-egg omelets on two different mornings. But both omelets contained three eggs.

When people ate what they believed to be the smaller omelet, they said they were much hungrier after two hours, ate much more of a pasta lunch and consumed significantly more calories throughout the day than when they believed they had eaten a larger omelet.

The findings were to be presented Thursday at a British Psychological Society meeting.

"Previous studies have shown that a person's expectations can have an impact on their subsequent feelings of hunger and fullness and, to a degree, their later calorie consumption," study leader Steven Brown, of Sheffield Hallam University in the United Kingdom, said in a society news release.

"Our work builds on this with the introduction of solid food and measured people's subsequent consumption four hours later, a period of time more indicative of the gap between breakfast and lunch," he said.

Brown said the researchers also measured the food people ate throughout the rest of the day and found that total intake was lower when participants thought they had eaten the larger breakfast.

The researchers also measured levels of ghrelin in the blood. Ghrelin is a known hunger hormone.

"Our data also suggest that changes in reported hunger and the differences in later consumption are not due to a differences in participants' physical response to the food," Brown explained.

"Therefore, memory for prior consumption, as opposed to physiological factors, may be a better target for investigating why expectations for a meal have an effect on subsequent feelings of hunger and calorie intake," he concluded.

Studies presented at meetings are typically viewed as preliminary until they've been published in a peer-reviewed journal.