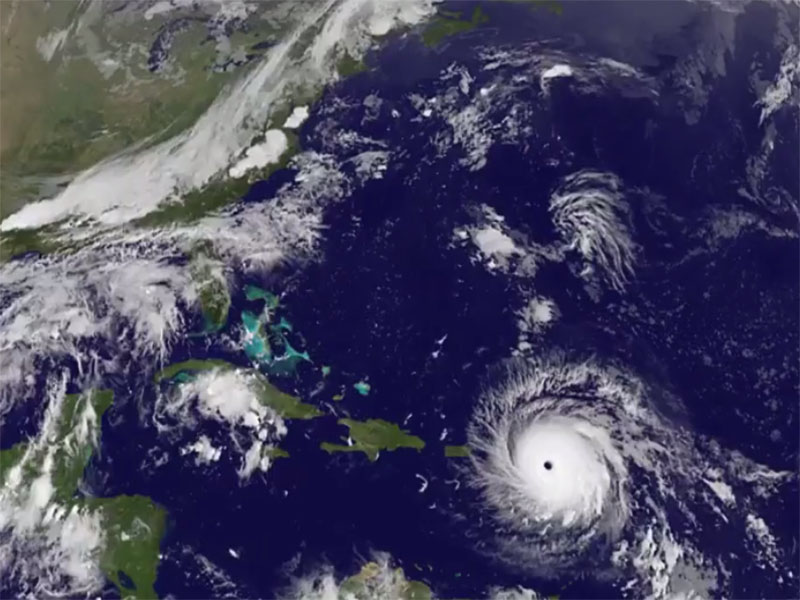 WEDNESDAY, Sept. 6, 2017 (HealthDay News) -- As Hurricane Irma tore through the Caribbean early Wednesday, Florida residents rushed to gas stations and stores in preparation for the inevitability that the monster storm will soon take aim at their state.

As one of the most powerful hurricanes ever recorded in the Atlantic Ocean, the category 5 hurricane screeched her way across the island of Barbuda in the wee hours of the morning, packing winds of up to 185 mph, the National Hurricane Center reported. Irma was next headed toward Puerto Rico and the Virgin Islands.

At some point on Saturday or Sunday, Irma is expected to turn northward toward Florida, with possible paths ranging from a direct hit on Miami and a beeline up the eastern side of the state to a more westward path that could have Irma crossing back over to the Atlantic Ocean somewhere in central Florida. It is also possible that the hurricane could slide straight up the east coast of the state and then turn out to sea.

National Hurricane Center forecasters said Wednesday that the latest computer model runs have moved Irma's path slightly to the east, taking it over Florida's east coast or possibly the northern Bahamas in the coming days. But they added that models are still struggling to factor in a trough moving over the United States that is expected to steer Irma somewhat, the Miami Herald reported.

With such a wide swath of destruction possible, Florida emergency officials have sprung into action. Gov. Rick Scott activated the state National Guard on Tuesday to help with hurricane preparations and he suspended highway tolls. On Monday, he declared a state of emergency for the entire state.

Scott stressed that despite Irma's uncertain path, Florida officials were preparing for a direct hit from the hurricane.

"Do not sit and wait for the storm to come," he told residents. "It is extremely dangerous and deadly and will cause devastation. Get prepared right now."

Mandatory evacuations have already begun in the Florida Keys, an especially vulnerable chain of islands at the southernmost tip of Florida. And Miami-Dade county officials will close schools on Thursday as officials there began putting emergency plans into place.

So what can average Floridians do to protect themselves? On its Ready.gov homepage, the U.S. Department of Homeland Security offers up this guidance:

Bolster your home against the hurricane's onslaught

You can do this by:

As the storm approaches turn your fridge to the coldest setting. If you lose power, food will last longer.