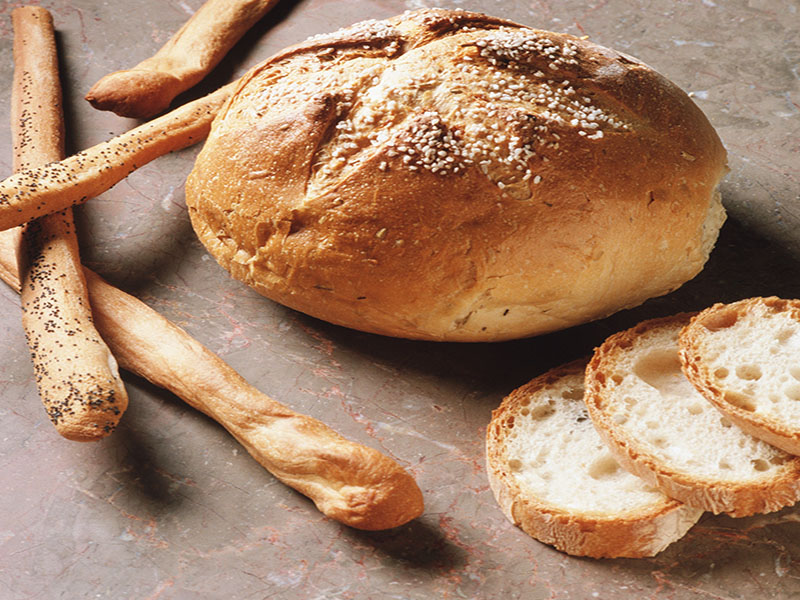 The new research suggests that it's not the fat in your diet that's raising your risk of premature death, it's too many carbohydrates -- especially the refined, processed kinds of carbs -- that may be the real killer.

The research also found that eating fruits, vegetables and legumes can lower your risk of dying prematurely. But three or four servings a day seemed to be plenty. Any additional servings didn't appear to provide more benefit.

What does all this mean to you? Well, a cheeseburger may be OK to eat, and adding lettuce and tomato to the burger is still good for you, but an excess of white flour burger buns may boost your risk of dying early.

People with a high fat intake -- about 35 percent of their daily diet -- had a 23 percent lower risk of early death and 18 percent lower risk of stroke compared to people who ate less fat, said lead author Mahshid Dehghan. She's an investigator with the Population Health Research Institute at McMaster University in Ontario.

The researchers also noted that a very low intake of saturated fats (below 3 percent of daily diet) was associated with a higher risk of death in the study, compared to diets containing up to 13 percent daily.

At the same time, high-carb diets -- containing an average 77 percent carbohydrates -- were associated with a 28 percent increased risk of death versus low-carb diets, Dehghan said.

"The study showed that contrary to popular belief, increased consumption of dietary fats is associated with a lower risk of death," Dehghan said.

"We found no evidence that below 10 percent of energy by saturated fat is beneficial, and going below 7 percent may even be harmful. Moderate amounts, particularly when accompanied with lower carbohydrate intake, are probably optimal," she said.

These results suggest that leading health organizations might need to reconsider their dietary guidelines, Dehghan noted.

But not everyone is ready to throw out current dietary guidelines.

Dr. Christopher Ramsden is a clinical investigator with the U.S. National Institute on Aging. "There's a lot more information that's needed. They did a great job and they're going to have a lot more coming out of it for years to come, but it's hard to get it down to recommendations regarding food at this point," he said.

"It really highlights the need for well-designed randomized controlled trials to answer some of these questions," Ramsden added.

The researchers noted that their study did not look at the specific types of food from which nutrients were derived. And, that, said Bethany O'Dea, constitutes a "major flaw from a nutrition standpoint." O'Dea is a cardiothoracic dietitian with Lenox Hill Hospital in New York City.

"For example, eating a healthy carb like an apple is more nutrient dense and better for you than eating a bag of processed potato chips," O'Dea said.

"Furthermore, the study did not take trans fats into account, which hold heavy evidence of being unhealthy and contributing to cardiovascular disease," she pointed out.

Current global guidelines recommend that 50 percent to 65 percent of a person's daily calories come from carbohydrates, and less than 10 percent from saturated fats, the researchers said.

All foods contain three major macronutrients essential for life -- fat, carbohydrate and protein. The optimum amounts a person should eat has been the focus of debate for decades, with the pendulum swinging from low-fat to low-carb diets over time.

For this study, Dehghan and her colleagues tracked the diet and health of more than 135,000 people, aged 35 to 70, from 18 countries around the world, to gain a global perspective on the health effects of diet.

Participants provided detailed information on their social and economic status, lifestyle, medical history and current health. They also completed a questionnaire on their regular diet, which researchers used to calculate their average daily calories from fats, carbohydrates and proteins.

The research team then tracked the participants' health for about seven years on average, with follow-up visits at least every three years.

The investigators found that high-carbohydrate diets are common, with more than half of the people deriving 70 percent of their daily calories from carbs.

High-carbohydrate diets have been linked with increases in both blood cholesterol and in the chemical building blocks of cholesterol, Dehghan said.

While the experts continue debating what's the best diet, what should you be eating?

O'Dea said, "Your diet should consist of healthy carbs, lean protein, and plenty of fruits and vegetables. Remember to avoid processed snacks that contain trans and saturated fats, and opt for a healthy carb source."

The study was scheduled to be presented Tuesday at the European Society of Cardiology annual meeting in Barcelona, Spain. The research was being published online as two studies on Aug. 29 in The Lancet.