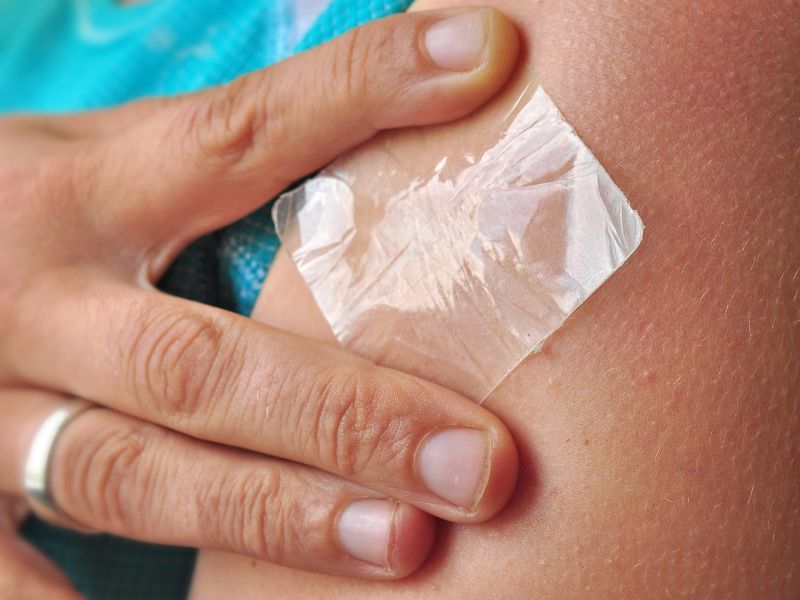 MONDAY, Aug. 28, 2017 (HealthDay News) -- Women in early menopause who feel their sex drive or function is lagging may want to consider help from an estrogen "patch," new research suggests.

In the new study, "we show that [supplemental] estrogens can also be beneficial for sexual function," said study lead author Dr. Hugh Taylor of Yale School of Medicine.

His group published the findings Aug. 28 in JAMA Internal Medicine.

The study addresses a key -- but often unreported -- effect of menopause, one expert said.

"One of the chief complaints of menopause is changes in sexual function," said Dr. Jennifer Wu, an obstetrician/gynecologist at Lenox Hill Hospital in New York City. "Many women are very fearful of these changes and what it will mean for their relationships. Many women also think the decreases in arousal, desire, lubrication and orgasm are inevitable."

For the study, Taylor's team tracked changes in sexual function for a group of 670 women who entered menopause within the past three years.

The women ranged in age from 42 to 58 and were treated with either supplemental estrogen by pill, estrogen delivered via skin patch, or a "dummy" placebo.

The study participants also completed questionnaires about their sexual function, including any issues with desire, satisfaction and pain. Women who scored below a certain threshold were classified as having low sexual function, the researchers said.

Overall, the women who received estrogen therapy through their skin experienced moderate improvements in their sexual function over four years of treatment compared to women in the placebo group, the findings showed.

And the study authors said that the method of estrogen delivery mattered. While women on the estrogen patch seemed to benefit, those who received estrogen via a pill fared no better than the women who received the placebo.

Specifically, women who used the patch had less dryness and sex-related pain than the women in the placebo group, the researchers found.

And when compared with the placebo group, the proportion of women with low sexual function was also lower following patch estrogen therapy, Taylor's group said. Again, however, that benefit wasn't seen when estrogen was delivered in pill form.

The investigators noted that their findings are limited because most of the women involved in the study were white women with more education than the general population.

According to Taylor, the study highlights that supplemental estrogen isn't a "one-size-fits-all" strategy.

"The estrogen mode of delivery can be personalized to the predominant symptom in an individual," explained Taylor, who heads the department of obstetrics, gynecology and reproductive sciences at Yale.

And while prior studies have suggested that long-term estrogen-replacement therapies might have risks -- raising a woman's odds for breast cancer or stroke -- Taylor believes there's still a place for shorter-term treatments.

"In general, estrogens have significant benefit and are low risk in women in the first several years after menopause," he said.

For her part, Wu said the new findings are just one more factor older women and their physicians can consider when talking over the pros and cons of supplemental estrogen.

Will an estrogen patch work for every woman in this situation?

"Since the population studied were predominantly white women with a higher educational background than the general population, this study's generalizability is restricted," she said.