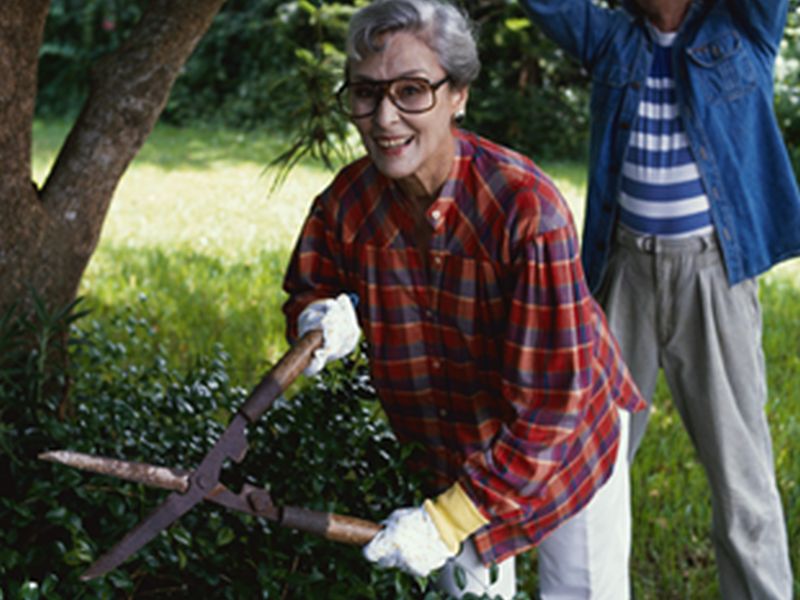 THURSDAY, Aug. 24, 2017 (HealthDay News) -- How well you cope with knee arthritis depends a lot on your mental outlook, a new study suggests.

Despite often-debilitating pain, people who remain confident in their ability to move about end up more active than their less confident peers, researchers found. Studies have shown that physical activity may be one of the best ways to reduce and manage symptoms of osteoarthritis.

The Pennsylvania State University study was based on 135 adults with knee arthritis.

"On days when patients felt more confident in their ability to be active, they indeed took more steps and spent more time in moderate-intensity activity, despite their level of pain that day," said study lead author Ruixue Zhaoyang.

What's more, "this positive effect of patients' confidence on their actual physical activity was found for patients with varying degrees of pain in the morning," added Zhaoyang, a post-doctoral fellow with the university's Center for Healthy Aging.

The researchers also observed that predicting individual activity levels was best done by focusing on someone's personal confidence, rather than comparing them to someone else.

"It's all about what you think you're able to do," Zhaoyang said.

The findings "suggest that future physical activity interventions for people with osteoarthritis should target patients' confidence in their ability to be active," said Zhaoyang.

But the key, she said, will be to focus on boosting each individual's confidence patterns, and not on some universal benchmark.

Arthritis is a major cause of chronic pain for many adults. The U.S. Centers for Disease Control and Prevention estimates more than one-third of American seniors have osteoarthritis, the wear-and-tear form of the disease. Symptoms typically include joint pain, swelling and stiffness.

Such patients are often caught in a catch-22 situation. While research has shown that physical activity is effective for pain and overall function, the ongoing pain makes it hard to meet federal recommendations for at least 2.5 hours of moderate-intensity activity a week.

Not exercising leads to greater stiffness and deterioration in muscle strength, the researchers said.

For this study, the investigators wanted to see how someone's "self-efficacy" in the morning affected their day-to-day living with arthritis. This term refers to the degree to which people feel confident in their capacity to do or achieve something.

The researchers used accelerometers to track each participant's total number of steps and the physical intensity of their daily activities over roughly three weeks.

Each morning the patients also noted how confident they felt in their ability to keep active, their pain level, and their overall mood.

The research team found that those who felt more confident in the morning about their ability to get around did actually move more throughout the day. This was so despite shifting levels of pain, mood or support from a spouse.

The study was published recently in the journal Health Psychology.