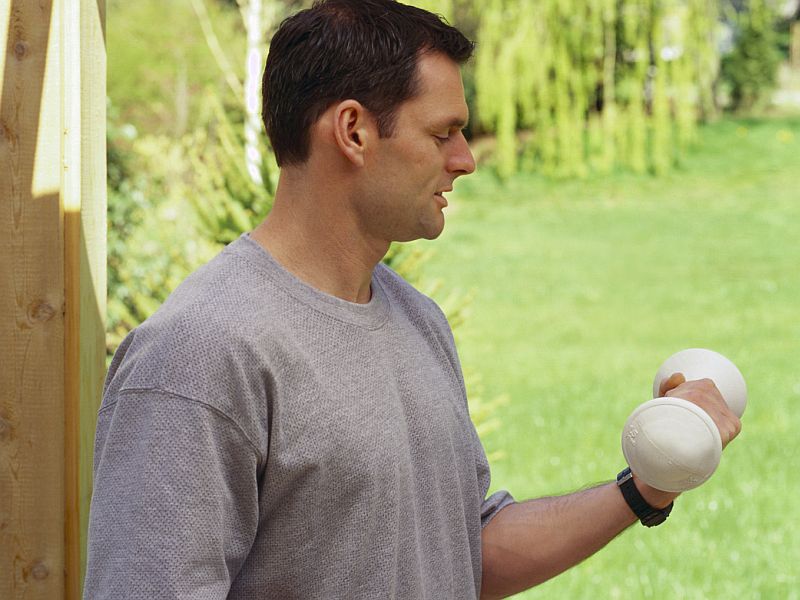 Moreover, "we saw that several smaller brain areas actually started to grow in response to training," said Dalgas, an associate professor of public health at Aarhus University in Denmark.

MS is a potentially disabling disease of the central nervous system. It occurs when the immune system attacks the protective sheath that covers nerve fibers, disrupting communication between the brain and the rest of the body. Symptoms vary in severity, but some patients lose the ability to walk.

For this study, the researchers followed 35 patients for six months. Half of them did resistance training twice a week, while the other half (the control group) did no formal exercise.

MRI scans before and after the six months showed that the patients who did resistance training had less brain shrinkage than those in the control group, according to the study.

The results appear in the Aug. 1 Multiple Sclerosis Journal.

But the study only found an association between this type of training and protection of the nervous system, not a cause-and-effect relationship. Further research is needed to explore this potential benefit, the study authors said.

While exercise may offer another treatment option for patients, it can't replace medications, Dalgas emphasized.

"On the other hand, the study indicates that systematic physical training can be a far more important supplement during treatment than has so far been assumed. This aspect needs to be thoroughly explored," he said in a university news release.

Previously, MS patients were advised not to exercise for fear that doing so would worsen the disease. However, it's now understood that exercise can ease many symptoms, including extreme fatigue and mobility problems, the researchers said.

Still, the researchers suggest talking with your doctor before beginning an intensive physical training regimen.