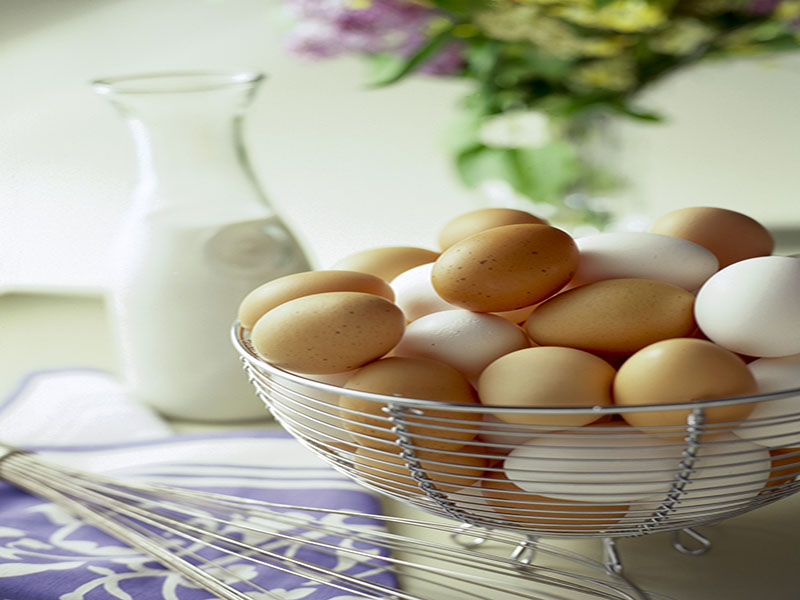 The Canadian study found that protein-rich meals evenly spread throughout the day staved off muscle decline, but did not increase mobility, in older people.

Study co-author Stephanie Chevalier said, for seniors, "The important point is to create three meal occasions with sufficient protein to stimulate muscle building and greater strength, instead of just one."

Chevalier is an assistant professor of medicine at McGill University in Montreal.

The functional decline associated with aging often leads to falls, mental impairment and loss of independence. Chevalier's team wondered if more evenly distributed protein consumption might be tied to better physical performance and a reduced rate of decline.

To find out, they tracked more than 1,700 relatively healthy Quebec men and women, aged 67 to 84, who were all enrolled in a three-year study.

The participants provided dietary information and underwent yearly hand, arm, and leg strength testing. They were also tested for mobility.

Over the three years, the researchers found that both men and women saw their overall physical performance worsen, with muscle strength fading more significantly than mobility.

However, Chevalier stressed the researchers only observed an association between protein distribution and muscle strength, not a direct cause-and-effect relationship.

"In other words, we cannot conclude that older people had greater strength because they were ingesting protein evenly distributed at every meal," she said.

Still, the study finding held up regardless of the total amount of protein consumed, she noted.

Prior research has indicated that adults of all ages should consume a minimum of 1.2 grams of protein per kilogram of body weight. (To convert pounds to kilograms, divide your body weight by 2.2.)

For a 155-pound man, that would add up to about three ounces of protein a day, Chevalier said. Spread across breakfast, lunch and dinner, that would mean about one ounce of protein at each meal. A 130-pound woman would require a little less than one ounce per meal.

The U.S. Department of Agriculture's (USDA) Dietary Guidelines call for those over age 50 to consume 5 to 7 ounces of protein foods daily.

In general, one ounce of meat, poultry or fish or one egg or one tablespoon of peanut butter, one-quarter cup of cooked beans or one-half ounce of nuts or seeds qualify as an ounce of protein, according to the USDA.

An outside nutrition expert offered one explanation why the new findings might work.

"Muscle protein is constantly being broken down and built back up. We need protein in our diet daily to make this happen," explained Lona Sandon, a dietetic educator.

That's true at any age, but in late life muscle protein tends to break down faster than it builds up, added Sandon, an assistant professor of clinical nutrition at University of Texas Southwestern Medical Center at Dallas.

"Eating protein throughout the day seems to be a means to stay in a positive protein balance longer than just eating most of your protein for the day in the evening meal," said Sandon.

Sandon said distributing protein intake evenly throughout the day is likely beneficial to everyone, young and old.

Much of the research in this area stems from sports nutrition studies, she added. "This research has also shown a benefit to spreading protein throughout meals over the day for increased muscle mass and strength benefits in active individuals and adults," she added.

However, she cautioned that eating protein alone is not an anti-aging silver bullet.

"You can't just eat a steak and suddenly have bulging biceps," she said, noting the need for some level of physical activity or resistance training as well.

The study was published in the July issue of the American Journal of Clinical Nutrition.