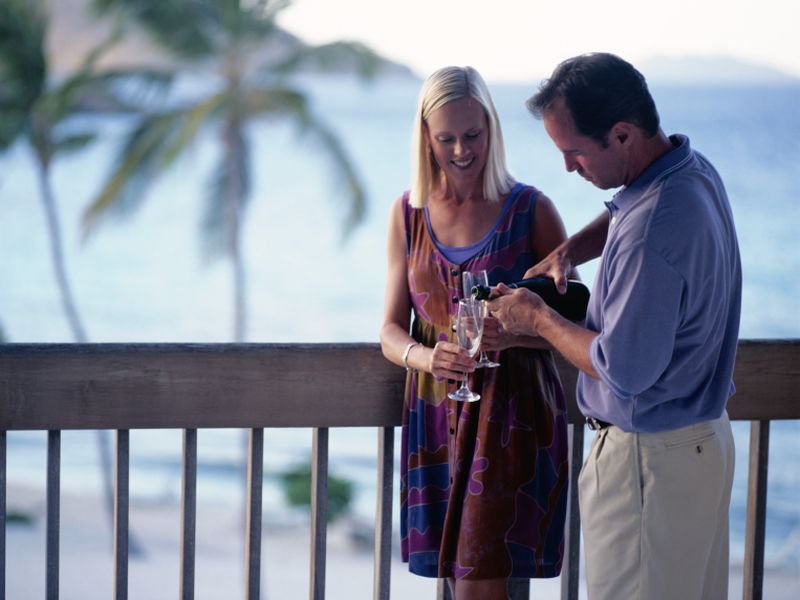 THURSDAY, July 27, 2017 (HealthDay News) -- That glass of wine or pint of beer you enjoy with dinner every night might come with an added benefit -- a lower risk of type 2 diabetes, a new Danish study contends.

The researchers found that men who had 14 drinks each week and women who had nine drinks a week appeared to have the lowest risk of type 2 diabetes, compared to nondrinkers or people who drank more heavily, said senior researcher Janne Tolstrup.

People received the most benefit if they spread those drinks out during the week, rather than downing them all in one or two binges, Tolstrup added.

"Drinking pattern seemed to play a role for the risk of diabetes," Tolstrup said. "Drinking frequency was important, as those who were drinking three to four times per week had lower risk as compared to those drinking only once per week -- regardless of the total weekly amount."

The potential protective effect of alcohol also appeared to be limited to wine and beer, Tolstrup said. Hard liquor provided no benefit to men, and could actually increase a woman's risk of diabetes, the findings showed.

"There seemed to be little beneficial effects from spirits," Tolstrup said.

She's a professor of epidemiology with the University of Southern Denmark's National Institute of Public Health in Copenhagen.

But at least one diabetes expert suggested that if you're thinking of drinking just to prevent type 2 diabetes, you might want to put the corkscrew down.

"I wouldn't recommend increasing alcohol consumption on the basis of this study," said Dr. Adrian Vella, an endocrinologist and internist with the Mayo Clinic in Rochester, Minn.

Also, the study only found an association between alcohol consumption and diabetes risk, not a cause-and-effect connection.

The new research included data from the Danish Health Examination Survey. The survey of more than 70,000 people was done in 2007-2008. The participants provided details of their alcohol consumption, lifestyle and overall health. These people were followed through 2012, with an average follow-up of about five years.

Wine appeared to provide the most protective benefit, as men and women who drank seven or more glasses per week had up to a 30 percent lower risk of type 2 diabetes compared with those having less than one glass per week.

Women didn't benefit at all from drinking beer, but men who drank one to six beers a week had a 21 percent lower risk of diabetes, the investigators found.

Hard liquor provided no benefit to men. Women who had seven or more shots per week had an 83 percent increased risk of diabetes, the study reports.

Researchers can't say why alcohol might protect against diabetes, since this was an observational study rather than an experiment or clinical trial, Tolstrup said.

"Alcohol has been suggested to increase insulin sensitivity and lower fasting insulin resistance, which might play an important role in the progression of diabetes," Tolstrup said.

"But again, due to limited knowledge about mechanisms between alcohol and [blood sugar] control, the mechanism explaining our results is not clear," she added.

Mayo Clinic's Vella pointed out that studies that depend on people's self-reported food and alcohol consumption can be flawed, since participants may have a hard time remembering what they ate and drank in the past.

It's also tough to accurately capture through a questionnaire other things that might lower type 2 diabetes risk, such as daily exercise and a family history of diabetes.

In addition, it's not likely that a lot of people would develop type 2 diabetes during the relatively short follow-up time of five years used in this study, according to Vella.

The new study was published July 27 in the journal Diabetologia.