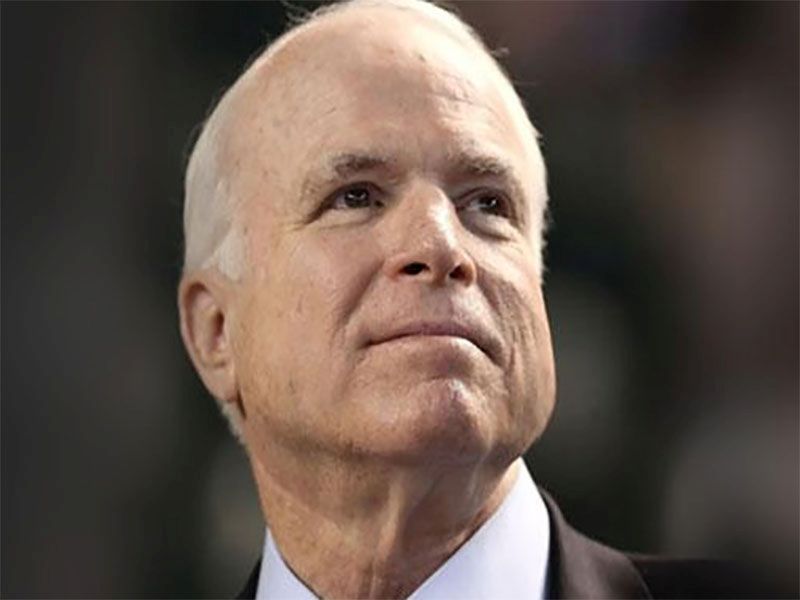 THURSDAY, July 20, 2017 (HealthDay News) -- Sen. John McCain, a respected longtime lawmaker, former prisoner of war and the Republican presidential nominee in 2008, has been diagnosed with an aggressive brain cancer.

A statement released by McCain's office Wednesday night said the cancer, known as a glioblastoma, was discovered after a procedure to remove a blood clot above his left eye last week at Mayo Clinic Hospital in Phoenix.

"Subsequent tissue pathology revealed that a primary brain tumor known as a glioblastoma was associated with the blood clot," the statement said. "Treatment options may include a combination of chemotherapy and radiation."

McCain, 80, who has represented Arizona in the Senate since 1986, is known for his independent nature. He was a former Navy pilot who was captured, tortured and held for more than 5 years as a prisoner during the Vietnam War.

"Senator John McCain has always been a fighter," President Donald Trump said. "Melania and I send our thoughts and prayers to Senator McCain, [wife] Cindy, and their entire family. Get well soon."

Former President Barack Obama, McCain's opponent in the 2008 presidential election, called the senator "an American hero and one off the bravest fighters I've ever known." Via Twitter, Obama added: "Cancer doesn't know what it's up against. Give it hell, John."

"He has never shied from a fight, and I know that he will face this challenge with the same extraordinary courage that has characterized his life," McConnell said told the newspaper. "We all look forward to seeing this American hero again soon."

Dr. Eugene Flamm, chairman of neurosurgery at Montefiore Hospital in New York City, told the Times that "a glioblastoma is the most common and most malignant of brain tumors." It's the same type of cancer that killed Sen. Ted Kennedy at age 77 in 2009.

The median survival is about 16 months, Flamm added.