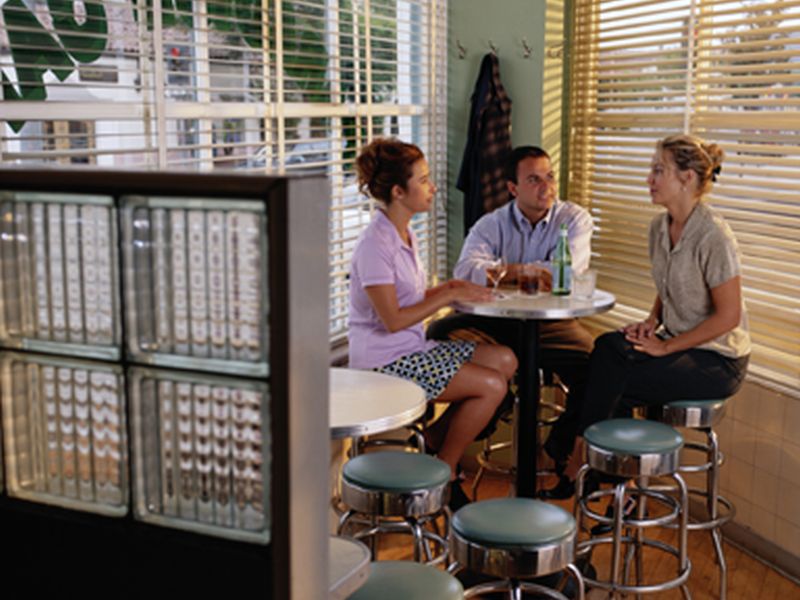 Many breast cancer patients depend on family and friends to help them make treatment decisions, get to doctor appointments and seek out other resources. A new study finds half of women rely on three or more people to help them through it.

"People just diagnosed with cancer are often scared and overwhelmed. Having another person to help them process information is important," said study lead author Lauren Wallner, an assistant professor of general medicine and epidemiology at the University of Michigan.

"Physicians need to recognize that women involve other people in their treatment decisions," she added in a university news release. "These people represent an important group to provide information about treatment options."

For the study, the researchers surveyed about 2,500 women who had recent surgery for early stage breast cancer. The women were asked to list the people who had helped them weigh their treatment choices.

Half of the women involved at least three people in their treatment decisions, and 20 percent relied on two. Almost 75 percent said supporters had talked with them about treatment and had often joined them for doctor appointments.

Only 10 percent had no one to help them make treatment decisions, according to the study published online recently in the journal Cancer.

"When considering these complex treatment options and going through these complex decisions, it's beneficial to have the support of other people. This helps women feel supported in their decisions," Wallner said in the news release.

"Minority women tend to have larger networks, so clinicians should also be aware that there could be differences in the number of people patients might be involving. And these networks go beyond just a partner or spouse," Wallner said.

Women who had a spouse or partner also reported more support, but many who were single also had a large group of people to help them with treatment decisions. Patients with early stage cancer have some time to decide what to do, Wallner noted.

"The idea that women are discussing their options more with their family and friends, and potentially thinking through that decision more carefully is reassuring. Engaging these informal support networks could be a way to prevent women from rushing into something," she suggested.

"It starts with something as simple as physicians asking patients who is helping them make their treatment decisions," Wallner said. "That can then guide the conversation, such as the amount of resources the physician provides and to whom they communicate that information."