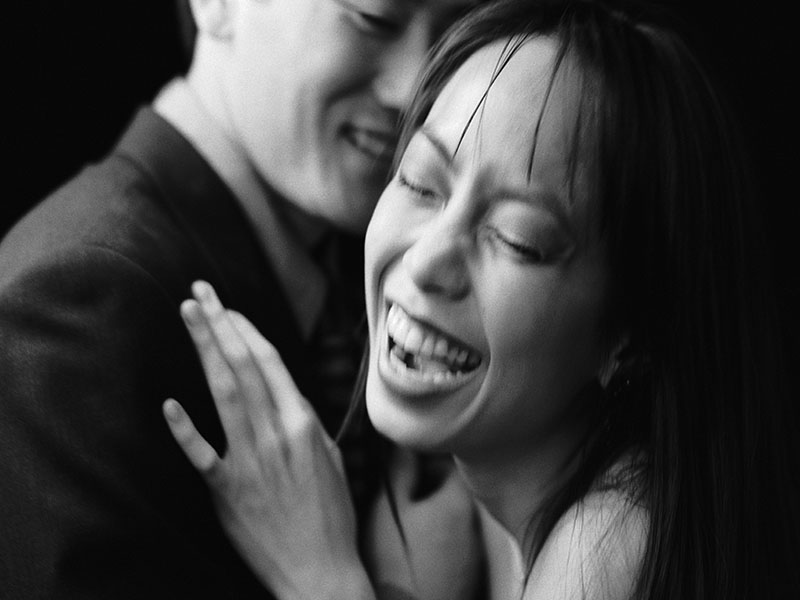 THURSDAY, July 6, 2017 (HealthDay News) -- Sharing a laugh can make you feel closer to someone else, and that quick-forming social bond may have been a big evolutionary boon to human survival, a small study suggests.

The act of laughing out loud triggers the brain to release its very own "feel good" neurotransmitters, known as endorphins, the study's brain scans showed.

Endorphins are naturally occurring opioids that may produce a sense of euphoria, calmness and stress reduction, the researchers said.

And once laughter causes endorphin levels to go up, so too do feelings of closeness and connection between those "in" on the giggle.

For many animals, primates especially, mutual grooming helps boost social bonds. And humans do this, too. But laughter may work quicker.

"Touching is probably the most powerful way of bonding in humans," said study author Lauri Nummenmaa, "but it is very time-consuming, as an individual can touch a maximum of [only] two people at the same time."

Nummenmaa is an associate professor of modeling and medical image processing at Turku PET Centre and the department of psychology at the University of Turku in Finland.

Laughter, on the other hand, gets the job done faster and more efficiently, Nummenmaa said, noting that it's "highly contagious, and may occur simultaneously in large groups.

"Such contagion," he added, "allows the endorphin responses to spread throughout the group, increasing the effectiveness of this type of 'vocal grooming.' Thus, the evolution of laughter may have enabled humans to significantly expand their social circles."

The Finnish study included 12 healthy men between the ages of 20 and 32. First, they completed mood questionnaires to determine their usual levels of happiness, tension, pain, pleasure and calmness.

Audio recordings indicated that, during the comedy screenings, "social laughter" outbursts among the participants and friends clocked in at an average of a little more than one per minute.

Brain scans indicated that as social laughter increased so did the levels of endorphins and other brain opioids similarly linked to arousal and emotions.

But one thing that everyone has in common, said Nummenmaa, is that "laughter is also highly contagious. And we often have a hard time resisting laughing when we hear others doing so, even when we know that the laughter is fake or intentional, as in canned laughter [and] laughter tracks in sitcoms."

Coupled with the investigation's observation that laughing boosts opioid release, this contagiousness, he said, lends weight to the notion that "laughter may support bonding via similar molecular mechanisms in humans as grooming does on other primates."

But Dr. John Ferro, a neurologist at Vassar Brothers Medical Center in Poughkeepsie, N.Y., cautioned that "with a sample size of 12, there are a lot of assumptions being made" by the study authors.

"Obviously we would like to know the neurobiology of laughter and why it makes us feel good," Ferro acknowledged.

"But this article," he said, "teases us to believe that the tickling of our opioid receptors is the only reason to live in a group."

Ferro said there are likely many good reasons people seek out strong social bonds, including a search for the advantages a group can offer in terms of safety, commerce, education and cultural advancement.

"I think," Ferro said, "human interactions may be a little more complex than just the pleasure principle."

The study was published recently in the Journal of Neuroscience.