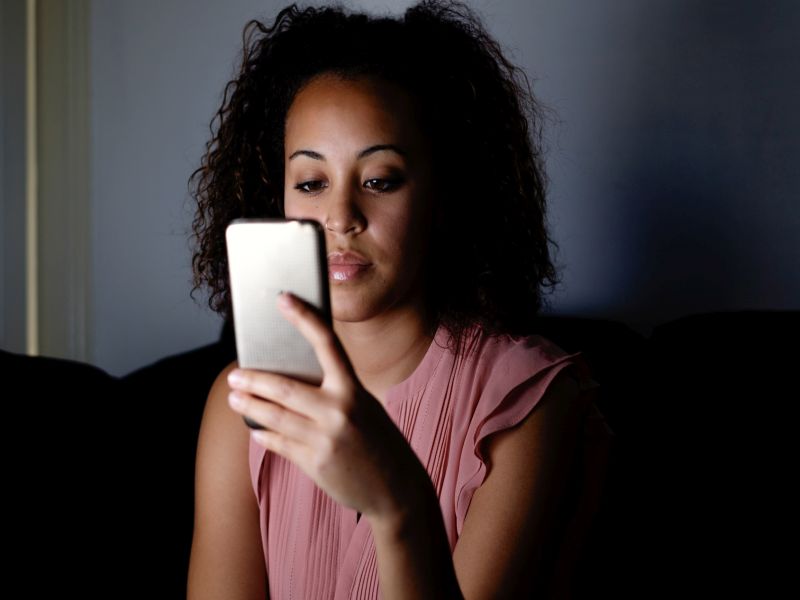 FRIDAY, June 23, 2017 (HealthDay News) -- People who spend lots of time on their smartphones may be scrolling, tapping and swiping their way to carpal tunnel syndrome, a painful wrist and hand disorder.

A small study found a link between extended use of smartphones and other hand-held electronic devices and a greater likelihood for experiencing the telltale wrist and hand pain of the syndrome.

But the researchers did not prove that heavy smartphone use caused carpal tunnel syndrome, and one hand surgeon said very few people in the real world use their smartphones as much as the heavy users in the study did.

White is an assistant professor in the department of health technology and informatics at Hong Kong Polytechnic University.

The carpal tunnel is a narrow and hard pathway of bone and ligament found at the base of the hand, according to the U.S. National Institute of Neurological Disorders and Stroke. It contains tendons, which enable finger-bending, as well as the so-called "median nerve," which runs from the forearm to the palm and provides feeling to some fingers.

Carpal tunnel syndrome can gradually develop following repeated pressure to the point where the median nerve passes into the hand and meets the wrist.

A common cause, said White, are work conditions that call for "repetitive, forceful or awkward hand movements, for example, when typing." And the result is often pain (sometimes extending up the arm), numbness, finger tingling and weakened grip strength.

To explore whether smartphone use might up the carpal tunnel syndrome risk, White and his associates followed up on their prior investigation involving 500 Hong Kong University students.

More than half (54 percent) of the intensive group reported musculoskeletal pain and/or discomfort, compared with 12 percent among the less intensive group.

The new study looked at 48 students from the first study. Half were intensive users who spent (on average) more than nine hours a day using their devices. Those in the other group spent just under three hours a day on their devices.

The participants answered questionnaires on electronic device habits and any pain or discomfort in their neck, shoulder, back, elbow or wrist/hand region.

Ultrasounds and physical exams on the wrist region were also done.

Muscle pain was found to be more common among intensive users.

The researchers also found that intensive electronics users had "significantly" more discomfort, and more severe discomfort, in their wrist and hand.

The more time a person spent using a hand-held electronic device, the more intense and long-lasting their wrist and hand pain was.

To explain why, the researchers pointed to device design, which requires the repeated use of fingers to click, swipe, scroll, tap and press. The result is an enlargement and flattening of the median nerve, alongside bulging of a key ligament.

To minimize risk, White advises keeping the wrist as straight as possible when using devices.

He added, "One should try to minimize repetitive movements of one's fingers and thumb when using hand-held electronic devices, especially for single-hand use. It is also important to take regular rest periods, so as to avoid continuous intensive use, so as to allow recovery time and to prevent prolonged stress."

But hand surgeon Dr. Dori Cage questioned how much of a risk smartphone use really poses.

"The strong correlation of carpal tunnel syndrome with smartphone use is surprising, as I have not seen that in my practice," said Cage, an American Academy of Orthopaedic Surgeons spokesperson.

Cage, who's with San Diego Hand Specialists, also suggested that "it is unlikely that the general population would have [the] degree of phone use" seen among the intensive users in the study.

"This is likely an issue affecting only a small percentage of cellphone users," she said.

The study was published June 21 in the journal Muscle and Nerve.

Carpal Tunnel Syndrome Pictures: Anatomy, Where It Hurts, and More

Could the pain in your hand be carpal tunnel syndrome? WebMD's pictures show the causes, symptoms, and treatment options.