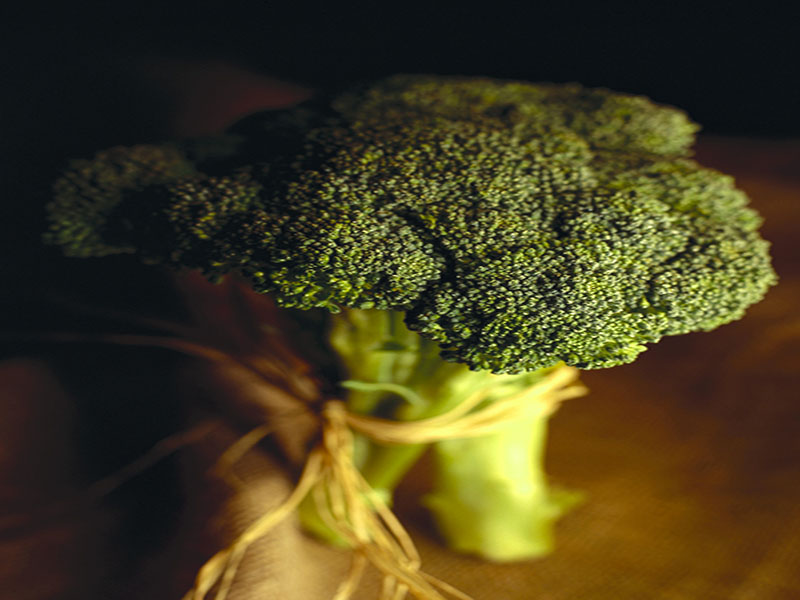 WEDNESDAY, June 14, 2017 (HealthDay News) -- Your Mom may have been right about broccoli's goodness. A small study hints that a substance in the crunchy veggy may help some with diabetes get better control of their blood sugar.

The caveat, however, is that the study was short-term and small -- involving 97 people with diabetes followed for 12 weeks. And the extract was taken in addition to the diabetes drug metformin, not instead of it.

Plus, the extract the researchers used was not like the sulforaphane supplements available at your local health food store.

"The way that you produce and process the extract is important to keep the sulforaphane intact," said senior researcher Dr. Anders Rosengren, of the University of Gothenburg, in Sweden.

He said his team used a highly concentrated supplement that was tested for purity and side effects.

"At this point," Rosengren said, "we cannot recommend that anyone take the currently available extracts on the market to treat type 2 diabetes."

Sulforaphane is a chemical found in cruciferous vegetables such as cauliflower, Brussels sprouts and broccoli. Broccoli sprouts are a particularly rich source.

Lab research has suggested that sulforaphane may help reduce inflammation in the body, and possibly fight cancer and fatty liver disease, according to Rosengren's team.

But it has not been studied for type 2 diabetes, which arises when the body can no longer properly use insulin -- a blood-sugar regulating hormone. As a result, blood sugar levels soar.

"Novel medications would be beneficial," said Courgi, who wasn't involved in the study.

But he cautioned against drawing conclusions from a small, short-term trial. "More research must be done to explore this product," Courgi said. "There have been several products that have shown early promise and have since fizzled."

Rosengren's team decided to test sulforaphane after screening over 3,800 compounds for their potential to counter certain gene-activity patterns that are associated with type 2 diabetes. Sulforaphane emerged as the most promising candidate.

First, the chemical was tested in the lab, where it partly blocked liver cells from producing glucose (a form of sugar). And in diabetic lab rats, it seemed to shift certain gene activity in the liver away from a "diseased state," the researchers said.

The next step was to test sulforaphane in humans. So Rosengren's team recruited 97 people with type 2 diabetes. All were of Scandinavian ethnicity. Almost all of them were on metformin, a first-line treatment for type 2 diabetes. The majority of them were doing well; however, 37 patients still had poorly controlled blood sugar, the study authors noted.

Half of the group was randomly assigned to take sulforaphane powder once a day for 12 weeks, in addition to their usual medication. The other half received a placebo (inactive) powder.

The sulforaphane powder was hardly a panacea. In the end, the supplement appeared to be effective only for specific patients -- namely, those who were obese and had poorly controlled blood sugar to start.

For this group, average hemoglobin A1C level went from almost 7.4 percent to just over 7 percent. An A1C test gives a snapshot of a person's blood sugar levels over the past two to three months.

The American Diabetes Association suggests an A1C goal of 7 percent for most people with diabetes -- though some may need a higher or lower goal.

The supplements did not seem to help any other group in the study, however. And the American Diabetes Association notes that many factors, such as the foods a person eats, as well as how much exercise they get, can have an effect on A1C levels.

Rosengren said his team is planning further trials. They aim to test sulforaphane in people with pre-diabetes to see if it can lower the odds of progression to full-blown type 2 diabetes.

Rosengren and a colleague are named as inventors on patent applications covering the use of sulforaphane for lowering the liver's production of glucose.

But if broccoli and other veggies naturally provide the chemical, is a supplement even necessary?

According to Rosengren, a person would have to eat more than a plateful of broccoli each day to get the amount of sulforaphane used in this study.

However, he added, "increasing your daily intake of broccoli could certainly be good from many viewpoints."

The findings were published online June 14 in Science Translational Medicine.