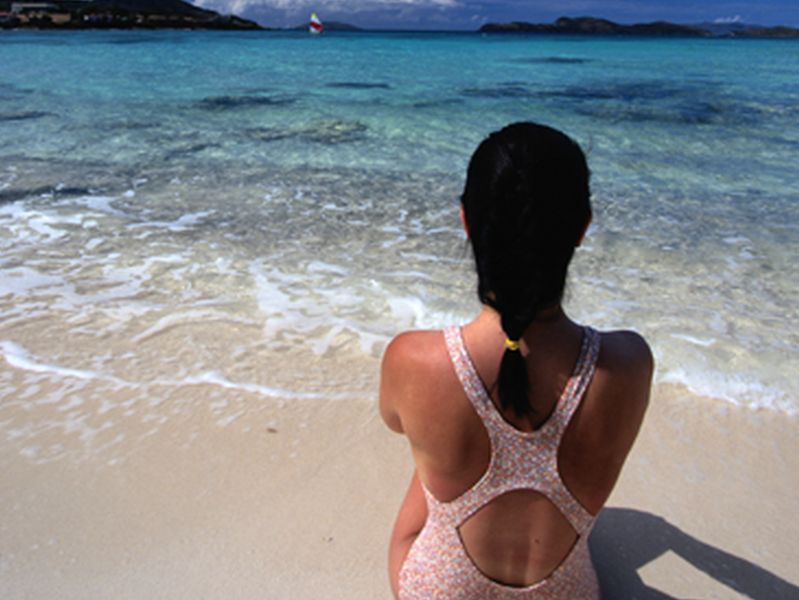 WEDNESDAY, June 14, 2017 (HealthDay News) -- Many people would love to have a natural-looking golden tan, but know that soaking up the sun raises their risk of skin cancer. Now scientists say they've developed a way to tan without exposure to damaging ultraviolet (UV) radiation.

In laboratory tests, the researchers used the technique to increase pigmentation in human skin samples. And while science done at this early stage sometimes doesn't pan out in humans, the researchers remain hopeful.

"The activation of the tanning/pigmentation pathway by this new class of small molecules is physiologically identical to UV-induced pigmentation without the DNA-damaging effects of UV," study leader Dr. David Fisher said in a Massachusetts General Hospital news release. Fisher is chief of dermatology at the hospital in Boston.

"We need to conduct safety studies, which are always essential with potential new treatment compounds, and better understand the actions of these agents. But it's possible they may lead to new ways of protecting against UV-induced skin damage and cancer formation," Fisher added.

Drawing on Japanese research in mice, Fisher's team zeroed in on enzymes known as salt-inducible kinases (SIKs) that affect skin color. Small-molecule SIK inhibitors triggered significant darkening of the skin samples after eight days of daily application to the skin samples, according to the researchers.

The treatment produced a protective, dark pigment called eumelanin that deposited near the skin surface much like UV-induced pigmentation/tanning. That suggests the molecules activated the same pigmentation pathway, the study authors explained.

The study was published June 13 in the journal Cell Reports.

"We are excited about the possibility of inducing dark pigment production in human skin without a need for either systemic exposure to a drug or UV exposure to the skin," said Fisher, who is also a professor of dermatology at Harvard Medical School and director of the MGH Cutaneous Biology Research Center.

The study is a follow-up to 2006 research that identified molecular underpinnings of the tanning response. In that study, researchers used a compound called forskolin to induce tanning in a strain of mice that normally does not make protective melanin.

Forskolin and a similar compound did not work in tests with human skin, which led Fisher's team to switch gears and resulted in the successful approach, according to the news release.