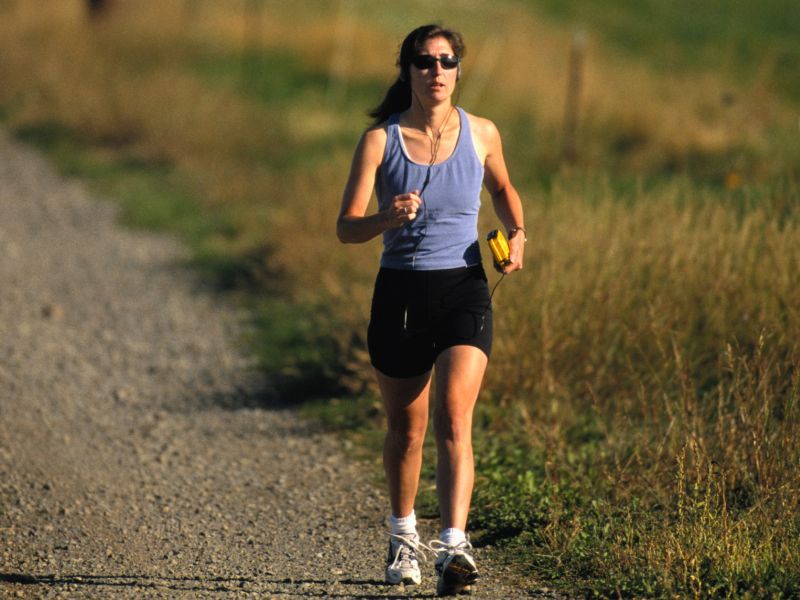 The review found that exercising regularly, maintaining a healthy weight and limiting alcohol could all reduce breast cancer odds.

On balance, researchers found, regular exercise was tied to small reductions in the risk of breast cancer.

On the other hand, the risk was elevated among women who drank regularly -- even at a "moderate" one-drink-a-day level.

Meanwhile, women who were overweight throughout adulthood faced a heightened risk of breast cancer after menopause.

The bottom line is that women can take steps to cut their odds of developing the disease, according to Dr. Anne McTiernan, one of the report authors.

"I think of lifestyle choices as being like wearing a seatbelt. It's not a guarantee you'll avoid injury in a car accident, but it significantly reduces your risk," said McTiernan, of the Fred Hutchinson Cancer Research Center, in Seattle.

In the United States, a woman has about a one-in-eight chance of developing breast cancer, on average, according to the American Cancer Society.

Some of the risk factors for the disease cannot be changed -- such as older age and having a strong family history of breast cancer.

"We know that more than 50 percent of cancers are preventable with lifestyle choices," said Klein, who wasn't involved in the report.

So if a woman takes steps to curb her breast cancer risk, Klein said, she'll also be lowering her odds of developing other cancers -- including major diseases, such as type 2 diabetes and heart disease.

"And you don't have to run a marathon, or be skinny like a model," Klein pointed out.

The research review found that women who were moderately active throughout the day tended to have a lower risk of postmenopausal breast cancer -- the most common kind.

Overall, women with the highest amounts of daily activity were 13 percent less likely to develop postmenopausal breast cancer, versus women with the lowest activity levels.

That included formal exercise, such as a 30-minute fast-paced walk. But it also included housework, gardening and other daily tasks that got women moving.

According to McTiernan, fitting in physical activity throughout the day is key. "That is, once you do your 30-minute walk, don't spend the rest of the day on the couch," she said.

When it came to breast cancer before menopause, only vigorous exercise was tied to a lower risk. The women who were most active had a 17 percent reduced risk of premenopausal breast cancer versus those who were least active.

For postmenopausal women who were the most active when it came to vigorous exercise, the risk of breast cancer dropped by 10 percent compared to the least active, the study showed.

BMI is a measure of weight in relation to height. As an example, McTiernan said, a woman who is 5 feet, 4 inches and weighs 140 pounds has a BMI of 24 (which is normal-weight).

"While 30 pounds might seem like a lot to gain," she noted, "many women do gain that amount over the years."

As for alcohol, the review found that even moderate drinking was tied to increased breast cancer risks: Drinking the equivalent of a small glass of wine each day boosted the odds of breast cancer by 5 percent to 9 percent.

Does that mean women need to give up that glass of wine with dinner?

Klein recommended looking at the big picture. "If you're thin, you exercise and you don't smoke, maybe that small additional risk from your glass of wine isn't a big deal," she said.

But the calculation might be different, Klein said, for a woman with risk factors, such as a strong family history of breast cancer.

The report included 119 studies that looked at the relationship between breast cancer risk and diet, exercise and body weight.

The review dug up only "limited" evidence that specific diet habits are related to breast cancer risk.

But a few studies have linked diets high in dairy, calcium and non-starchy vegetables to a lower risk, the report noted. Foods containing carotenoids -- such as carrots, spinach and kale -- have also been tied to a benefit.