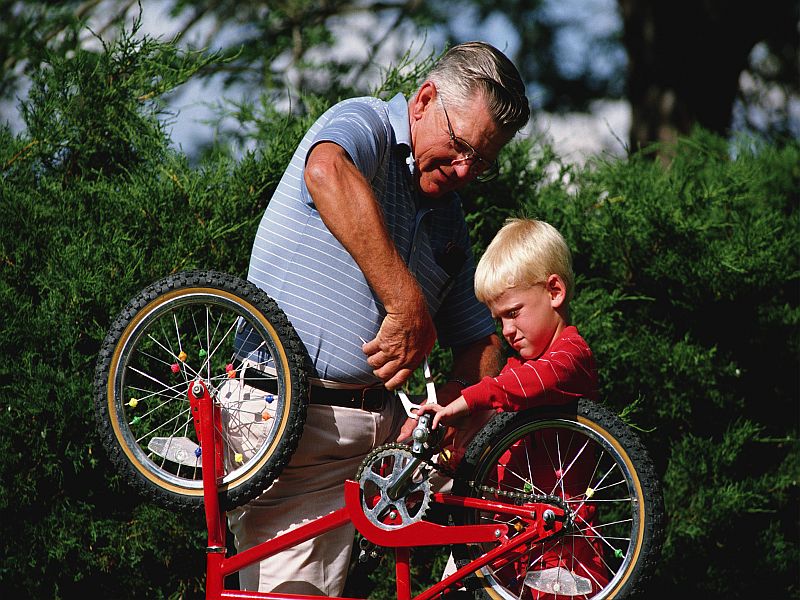 THURSDAY, May 4, 2017 (HealthDay News) -- Almost 3 million grandparents in the United States are raising their grandchildren, but outdated health practices and myths may be putting some of those youngsters at risk, new research contends.

"When grandparents step up to the plate, it can be wonderful for grandchildren but can also pose challenges in terms of lifestyle, finances and mental and physical health to a somewhat older or elderly cohort," said senior investigator Dr. Andrew Adesman. He is chief of developmental and behavioral pediatrics at Cohen Children's Medical Center in New Hyde Park, N.Y.

More than 600 grandparents raising their grandchildren completed a questionnaire for the study. Their answers revealed that 44 percent mistakenly believed that "ice baths are a good way to bring down a very high fever." But ice baths can cause hypothermia.

The study also revealed that nearly one-quarter of the grandparents didn't know that "infants should be put to sleep on their back, not on their stomach or side" to reduce the risk of SIDS (sudden infant death syndrome).

In two related studies surveying nearly 800 grandparents, the same research team found that 1 in 10 grandparents raising their grandchildren didn't have any support systems, and another 12 percent said their support system didn't meet their most important needs.

Also, 71 percent of those grandparents said their grandchild responsibilities restricted their ability to socialize with friends. Nearly one-third said raising their grandchild had negatively affected their spouse or relationship.

Many of the grandparents were interested in receiving counseling (43 percent) or joining a support group (61 percent), and those without an adequate support system were less likely to report feeling generally happy (54 percent vs. 86 percent).

"In their questionnaires, a fairly large sample size of grandparents felt they were doing a good job but acknowledged they didn't have the support they often needed and that their role could be alienating in terms of their own peer group," Adesman said in a Northwell Health news release.

Pediatricians can help grandparents raising their grandchildren by updating them on current health care and parenting methods, he said.

"It's important that pediatricians not make the mistake of taking for granted that because these grandparents have raised children already, they have the wisdom of the ages," Adesman said.

Pediatricians should evaluate the health and well-being of the child, but they should also ask about the physical and social health of the grandparent, too, he suggested.

"Because although the grandparents often elected to take on this role, it's not something they planned for and it can represent a challenge in many domains. Many grandparents are up to the challenge, but it may come with certain costs," Adesman said.

The studies are scheduled to be presented Thursday at the Pediatric Academic Societies meeting in San Francisco. Findings presented at meetings are generally viewed as preliminary until they've been published in a peer-reviewed journal.