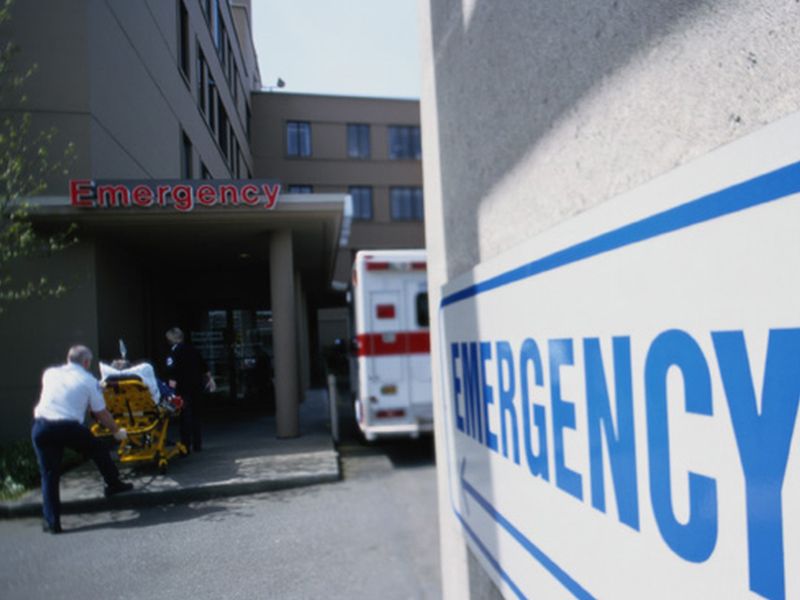 THURSDAY, May 4, 2017 (HealthDay News) -- A controversial new Netflix series, "13 Reasons Why," has renewed public focus on the tragedy of teen suicide -- and a new study suggests its release is timely.

The report finds that the number of American kids admitted to children's hospitals for suicidal thoughts or self-harm more than doubled during the last decade.

Diagnoses of suicidal thoughts or attempted self-harm increased from 0.67 percent of all kids treated in 2008 to 1.79 percent in 2015, according to data from 32 children's hospitals across the United States.

Suicidal thoughts or attempts among kids appear to fluctuate with the school calendar, reaching their lowest levels during the summer and spiking in the fall and spring, said lead researcher Dr. Gregory Plemmons. He is an associate professor of pediatrics at Vanderbilt University, in Nashville, Tenn.

"Clearly, school can be a driver" for teen suicide, Plemmons said, although he added that the reasons behind this association are unclear.

"You can't point your finger at any one thing," Plemmons said. "For some kids, academic performance and stress is being reported as a trigger. For other kids, it may be cyberbullying through social media and other things that aren't as common in the summer as during the school year."

Psychologists and educators have been concerned that "13 Reasons Why," adapted from a best-selling young adult novel, is glamorizing suicide. As a result, Netflix announced Monday that it is adding viewer warnings to the show's opening, to deter copycat behavior.

The series centers on the suicide of a teenage girl who leaves behind 13 cassette tapes, each addressed to a person who she claims played a role in the decision to end her own life.

Teen suicide "has been in the media" with the new series, which "a lot of teenagers have been watching," Plemmons said.

"You want to increase awareness," he said. "We don't want to minimize the very real issues that teenagers are struggling with, with depression and suicide. We certainly don't want to glamorize suicide, but the more we can reduce the stigma associated with mental illness and depression, hopefully the better prevention will be."

In the study, Plemmons and his colleagues found over 118,000 hospital encounters between 2008 and 2015 where a child was diagnosed with suicidal thoughts or self-harm. The findings were scheduled for presentation May 7 at the Pediatric Academic Societies annual meeting, in San Francisco. Research presented at meetings is considered preliminary until published in a peer-reviewed journal.

Significant increases were found in all age groups, but tended to be higher among older children. Teens aged 15 to 17 had the largest increase, followed by 12- to 14-year-olds.

"Kids have a tremendous uncertainty about what their job and economic futures are. If you don't excel and don't get in that group of winners, you're not going to be in a good place," Schwartz said. "For a lot of these kids, it always feels like it's a very high-stakes game. There's no room for making mistakes or having things go wrong or getting a B or C in a class."

The largest increase seemed to be among teenage girls, an observation consistent with other studies, Plemmons said.

"We certainly know puberty is a driver for suicide," Plemmons said. "The average age at which females reach puberty has shifted over the last several decades. Girls are now going into puberty earlier, so that's one consideration."

However, these numbers also might have increased because health care professionals are becoming more adept at detecting kids at risk, Plemmons added.

"We are hopefully screening more for it, and if you screen more you're going to pick up more kids with these thoughts," he said.

A second study presented at the meeting illustrated the challenges in detecting teenagers who might be at risk for suicide.

Researchers found that few teenagers will actually reach for the word "depressed" to describe negative emotions that are weighing them down.

Parents, educators and doctors instead must rely on other clues that indicate depression, said study co-author Daniela DeFrino, an assistant professor of research in the University of Illinois at Chicago College of Medicine and College of Nursing.

Teens suffering from depression are more likely to say they are "stressed" or "anxious" or "down," DeFrino said.

"We found that it might be easy to miss some of the ways teens are talking about how they are feeling," DeFrino said.

Two-thirds of the teens also had visited their doctor for physical illnesses, such as ulcers, migraines, stomach pains and fatigue.

Researchers drew these clues from interviews conducted with 369 teens aged 13 to 19 at risk for depression who participated in a federally funded clinical trial.

The teens often noted school pressures, family turmoil and the deaths of those close to them as sources of stress or difficulty.

Schwartz said it makes sense that kids might not use the same words as adults to express sadness or depression.

"It's not self-evident that young kids and teens always have the language to talk about their emotional experiences," Schwartz said.