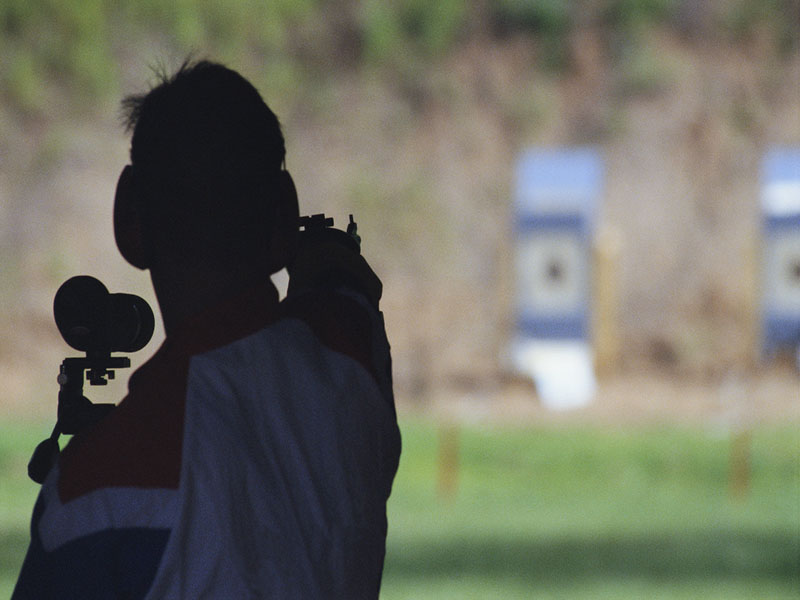 With lead bullets, lead fragments and fumes are discharged at high pressure when a gun is fired. Shooters can breathe in the lead, and particles can stick to their hands and are swallowed when they eat or smoke, the study authors said.

Women of childbearing age are at especially high risk because the lead is stored in their bones where it substitutes for calcium. If they become pregnant, their fetus can take in the lead, which may cause serious brain and nerve damage, the scientists said.

Women can also pass lead to their infants through breast milk, the researchers added.

The review of 36 articles on the topic was published online recently in the journal Environmental Health.

Although the health dangers of lead have long been known, little attention has been paid to the risks faced by people who use shooting ranges, the researchers said.

"While there is no safe level of lead exposure, U.S. health bodies regard 5 micrograms per deciliter of blood as the level that's cause for concern," said study author Mark Laidlaw. He is a researcher with the Center for Environmental Sustainability and Remediation at RMIT University, in Melbourne, Australia.

"What this research found is that people using shooting ranges can record blood-lead levels as high as 40 micrograms, with women and children at particular risk," he said in a university news release.

But the study did not prove that lead exposure causes these health problems.

In 2012, about 60,100 metric tons of lead were used in ammunition and bullets in the United States, according to the U.S. Geological Survey.

Another researcher involved with the study said he was most worried about children being at shooting ranges.

Children "can be exposed by using the firing ranges themselves or through the fine lead-laden dust that mom or dad come home with adhering to their clothes and skin," said Gabriel Filippelli, a professor of earth sciences at Indiana University-Purdue University Indianapolis.

Laidlaw said measures can be taken to reduce lead exposure at shooting ranges.

"In the short term, we need better ventilation systems in indoor ranges and the development of airflow systems at outdoor ranges, protective clothing that is changed after shooting, and a ban on smoking and eating at firing ranges," Laidlaw said.

"But the real solution is a transition to copper bullets and lead-free primers [the devices that ignite the powder charge in a bullet]," he said.