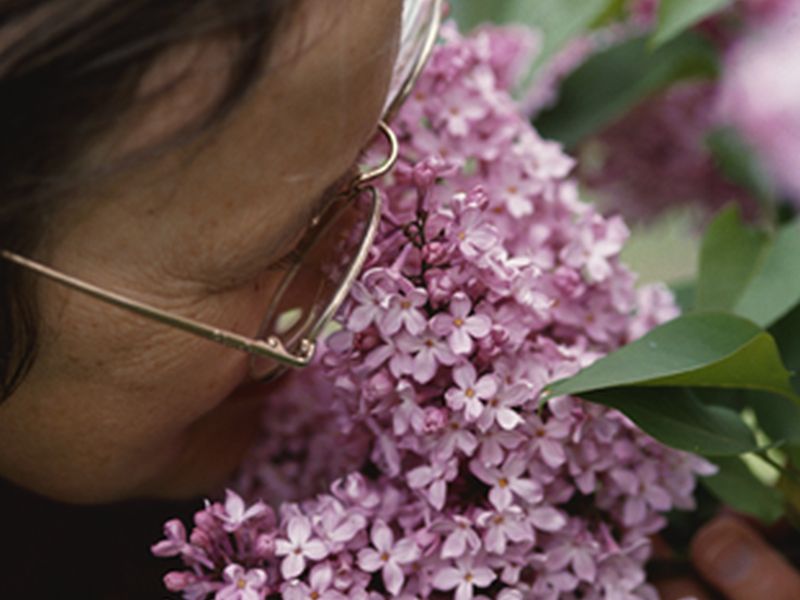 The Swedish study found that in middle age and beyond, people with a poor sense of smell had about a 20 percent increased risk of dying within 10 years, said study co-author Jonas Olofsson.

"The sense of smell seems to be a good indicator of aging brain health," said Olofsson, an associate professor of psychology at Stockholm University.

"We see smell function as the 'canary in the coal mine,'" he added.

Although dementia previously had been linked with diminished sense of smell, the researchers found that "dementia could not explain any part of the link between smell loss and mortality risk," Olofsson said. "So there has to be a different, yet unknown, biological explanation for the link."

As many as 7 out of 10 older people have an impaired sense of smell -- a condition called anosmia -- compared to 15 percent or less of younger people, the researchers said in background notes.

Earlier research has suggested that seniors who perform poorly on smell tests are likely to die sooner than their scent-detecting peers. The researchers wondered if this connection might apply to middle-aged people as well. And, could dementia play a role?

The Swedish team tracked nearly 1,800 adults aged 40 to 90 for a decade, looking at results of initial smell tests and health conditions, including mental decline. During that time, more than 400 participants died.

The study showed a significant association between lower scores on identification tests of smells and a higher risk of death.

The researchers couldn't actually prove that an inability to detect common odors predicted an early death. Still, "this effect persisted after we adjusted for education level, health status and mental functioning, variables that might otherwise determine how well we age," Olofsson said.

Sensory impairment researcher Carla Schubert praised the study, saying it was well-designed. Research like this relies on the ability to detect and identify what are usually easily smelled scents, said Schubert, who is with the University of Wisconsin.

"Participants are asked to smell the odor and then identify what the odor is by selecting the correct name or picture from a set of choices," said Schubert, who wasn't involved in the research.

What can you do if you think your own sniffer is no longer up to snuff?

Schubert suggested talking to your doctor. "There are many reasons a person may lose their sense of smell -- injury, infection, medications -- and some smell loss may respond to treatment," she said.

Don't panic if your sense of smell has diminished, said Dr. Jayant Pinto, an associate professor of surgery at the University of Chicago. He wasn't involved in the study.

"If their doctor thinks it's indicated, smell testing can be performed," said Pinto, who specializes in sinus and nasal problems. "But many people think their sense of smell is worse than it actually is when tested. Flavor is mediated by smell, so if food tastes good, then things are probably OK."

Smell "training" sometimes helps, Pinto said. "This is where you try to smell odors twice a day. Over time, the sense of smell can improve. Whether this makes you live longer is not known," he added.

Olofsson said people might boost their sense of smell by, say, trying to recognize spice odors in the kitchen and by improving their general health.

"Overall, social and mental activities help the aging brain, as do physical exercise," he said. "Many people would be able to increase their healthy life span through healthy lifestyle changes."

The study appears March 22 in the Journal of the American Geriatrics Society.