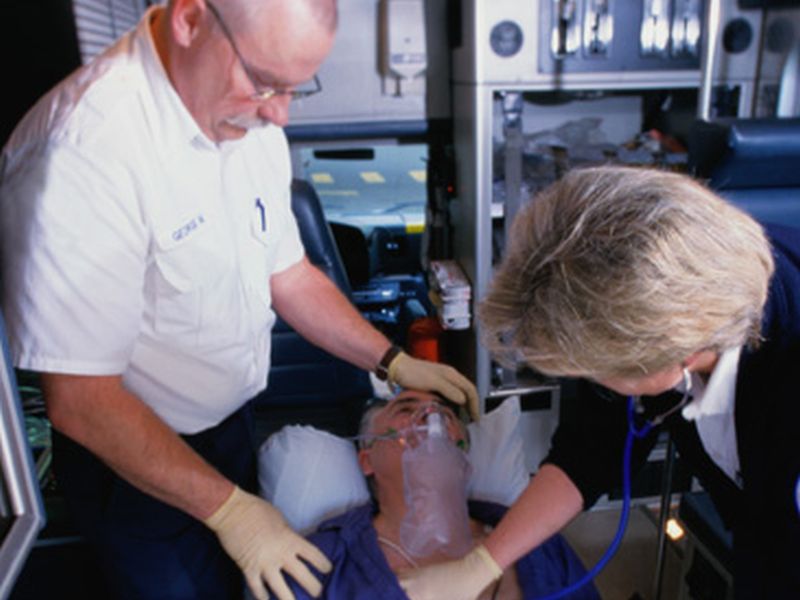 WEDNESDAY, March 15, 2017 (HealthDay News) -- More than a year after getting stents to prop open their clogged arteries, some patients are still at increased risk of death if they suffer either blockages or bleeding events, researchers report.

The researchers added that their findings highlight the need to identify which patients are more likely to benefit from prolonged anti-clotting treatment after stenting -- and which are not.

"Since our analysis found that the development of both ischemic [decreased blood flow] and bleeding events portend a particularly poor overall prognosis, we conclude that we must be thoughtful when prescribing any treatment... that may include bleeding risk," said study lead author Dr. Eric Secemsky.

He is a fellow at Massachusetts General Hospital's division of cardiology.

For the study, the researchers tracked long-term risks among people who had ischemia or bleeding events more than one year after having a stent inserted.

A stent is a small, wire mesh tube. Doctors may implant it to strengthen a weak artery or to open a narrow or blocked artery and restore blood flow.

Patients who get a stent to open a clogged artery are at greater risk for recurring ischemia, the study authors explained. They noted this could result from heart disease or clotting inside the stent.

So, patients who receive a stent usually take both aspirin and other anti-clotting drugs for a year to prevent this from happening, the researchers pointed out.

But recent studies have suggested such therapy is linked with a greater risk of bleeding when treatment continues for more than one year, they added.

"We know from previous trials that continuing dual anti-platelet [anti-clotting] therapy longer than 12 months after coronary stenting is associated with both decreased [ischemia] and increased bleeding risk, so these findings reinforce the need to identify individuals who are likely to experience more benefit than harm from continued dual anti-platelet therapy," Secemsky said.

The study involved more than 25,600 patients who received aspirin and an anti-platelet drug for one year after a stent placement. These patients had no serious heart or bleeding events during the first year after their procedure.

They were randomly assigned to continue taking aspirin and an anti-platelet medication or aspirin plus a placebo for another 18 months.

The study showed that taking both medications for 30 months led to a 1.6 percent drop in major adverse heart events or events involving reduced blood supply to the brain, including death, heart attacks, clots inside stents and strokes.

But this ongoing therapy was also associated with a 0.9 percent increase in moderate to severe bleeding events, including some that involved bleeding around or inside the brain.

During the 21-month study, 478 patients suffered an ischemic event. Of these people, 11 percent died. The researchers also found that of the 232 patients who had a bleeding event, 18 percent died.

The researchers noted that increased risk of death from a heart attack continued for the entire study period.

The findings were published March 15 in the journal JAMA Cardiology.