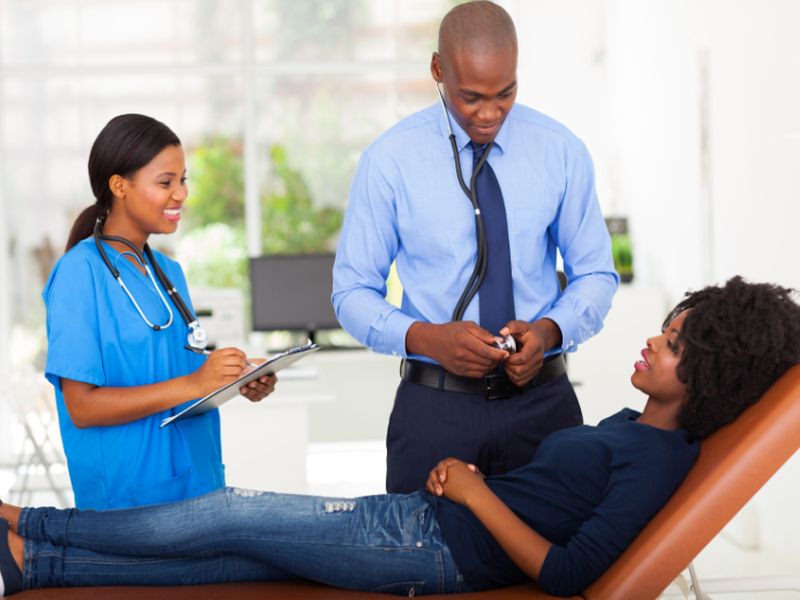 The findings come from just one patient, a teenage boy in France. But more than 15 months after receiving the treatment, he remained free of symptoms and his usual medications.

That's a big change from his situation before the gene therapy, according to his doctors at Necker Children's Hospital in Paris.

For years, the boy had been suffering bouts of severe pain, as well as other sickle cell complications that affected his lungs, bones and spleen.

Medical experts stressed, however, that much more research lies ahead before gene therapy can become an option for sickle cell anemia.

It's not clear how long the benefits will last, they said. And the approach obviously has to be tested in more patients.

"This is not right around the corner," said Dr. George Buchanan, a professor emeritus of pediatrics at the University of Texas Southwestern Medical Center in Dallas.

That said, Buchanan called the results a "breakthrough" against a disease that can be debilitating and difficult to treat.

Buchanan, who wasn't involved in the research, helped craft the current treatment guidelines for sickle cell.

"This is what people have been wanting and waiting for," he said. "So it's exciting."

Sickle cell anemia is an inherited disease that mainly affects people of African, South American or Mediterranean descent. In the United States, about 1 in 365 black children is born with the condition, according to the U.S. National Heart, Lung, and Blood Institute.

It arises when a person inherits two copies of an abnormal hemoglobin gene -- one from each parent. Hemoglobin is an oxygen-carrying protein in the body's red blood cells.

When red blood cells contain "sickle" hemoglobin, they become crescent-shaped, rather than disc-shaped. Those abnormal cells tend to be sticky and can block blood flow -- causing symptoms such pain, fatigue and shortness of breath. Over time, the disease can damage organs throughout the body.

There are treatments for sickle cell, such as some cancer drugs, Buchanan pointed out, but they can be difficult to manage and have side effects.

There is one potential cure for sickle cell, Buchanan said: a bone marrow transplant.

In that procedure, doctors use chemotherapy drugs to wipe out the patient's existing bone marrow stem cells -- which are producing the faulty red blood cells. They are then replaced with bone marrow cells from a healthy donor.

A major problem, Buchanan said, is that the donor typically has to be a sibling who is genetically compatible -- and free of sickle cell disease.

"We've known for a long time that bone marrow transplants can work," Buchanan said. "But most patients don't have a donor."

That's where gene therapy could fit in. Essentially, the aim is to genetically alter patients' own blood stem cells so they don't produce abnormal hemoglobin.

First, the researchers extracted a stem cell supply from their teen patient's bone marrow, before using chemotherapy to wipe out the remaining stem cells.

Then they used a modified virus to deliver an "anti-sickling" version of the beta globin gene into the stem cells they'd removed pre-chemo. The modified stem cells were infused back into the patient.

Over the next few months, the boy showed a growing number of new blood cells bearing the mark of the anti-sickling gene. The result was that roughly half of his hemoglobin was no longer abnormal.

In essence, Buchanan explained, the therapy "converted" the patient to sickle-cell trait -- that is, a person who carries only one copy of the abnormal hemoglobin gene. Those individuals don't develop sickle cell disease.

But, he cautioned, "the caveat is, this is one patient, and 15 months is a short follow-up."

Williams and his colleagues are studying a different approach to sickle cell gene therapy. It aims to restart the body's production of healthy fetal hemoglobin -- to replace the abnormal "adult" hemoglobin seen in sickle cell.

The hope, Williams said, is that gene therapy will ultimately offer a one-time treatment that cures sickle cell. But no one knows yet whether that will happen.

According to Williams, two key questions are: What's the long-term safety? And will the altered stem cells last for a patient's lifetime?

If gene therapy is proven to work, there will no doubt be practical obstacles to its widespread use, according to Buchanan. It's a high-tech treatment, and many sickle cell patients are low-income and far from a major medical center, he said.

But, Buchanan said, the new findings have now "opened a door."

The study was partly funded by Bluebird Bio, the company developing the therapy.

The results were published March 1 in the New England Journal of Medicine.