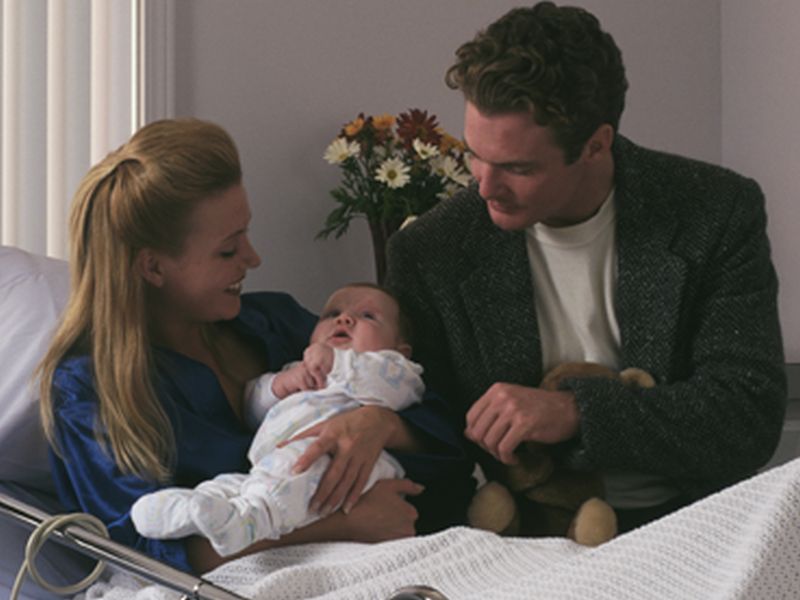 THURSDAY, Feb. 16, 2017 (HealthDay News) -- Depression in and just after pregnancy is most often associated with moms-to-be, but a new study shows expectant dads can have similar symptoms.

Expectant and new fathers who are in poor health or have high levels of stress are at increased risk for depression, the New Zealand research showed.

Many men may not realize pregnancy-linked depression can hit them too.

"It is important to recognize and treat symptoms among fathers early and the first step in doing that is arguably increasing awareness," said a team led by Lisa Underwood of the University of Auckland.

The research involved more than 3,500 men, average age 33, who were interviewed while their partner was in the third trimester of her pregnancy. The men were then re-interviewed nine months after the birth of their child.

Men who felt stressed or who were in relatively poor physical health were more prone to elevated depression symptoms, the findings showed.

And after a child's birth, depression symptoms in fathers were associated with being stressed during the pregnancy, and being in poor health or having a prior history of depression.

Other, social or relationship factors -- no longer being in a relationship with the mother and/or being unemployed -- also increased the odds for being depressed after the birth of a child, the study authors noted.

Two experts in psychiatric care said the issue of depression in new fathers is understudied.

While much is known about postpartum depression in women, "far less information or attention has been paid to the role of paternal depression on the family unit," said Dr. Tina Walch. She is medical director at South Oaks Hospital in Amityville, N.Y.

Understanding and spotting the signs of paternal depression early "is the first step toward prevention or early treatment and improved health outcomes for fathers, mothers and their children," she said.

Dr. Ami Baxi directs adult inpatient psychiatric services at Lenox Hill Hospital in New York City. She agreed that "this study should emphasize the importance of paternal well-being during and after pregnancy," and the importance of keeping expectant and new dads stress-free and healthy.

The study was published online Feb. 15 in the journal JAMA Psychiatry.