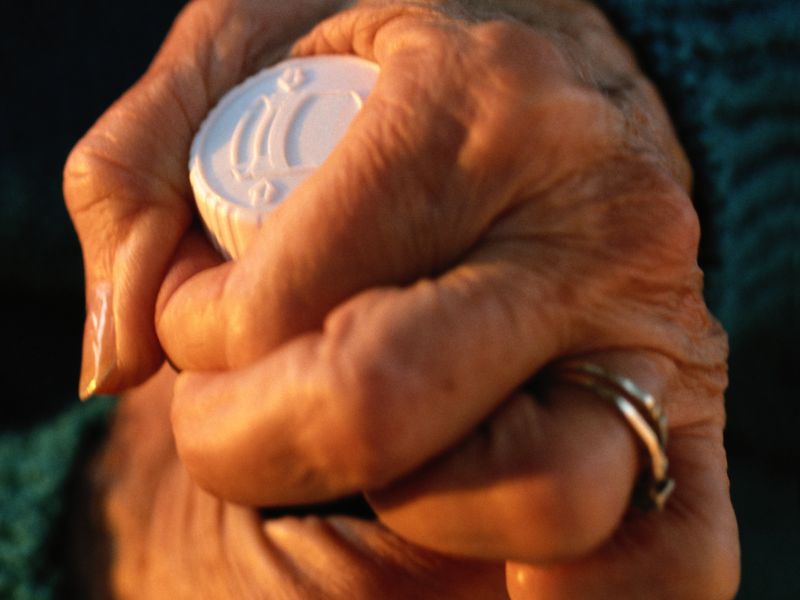 Dahan is head of the Anesthesia and Pain Research Unit at Leiden University Medical Center in the Netherlands.

In the study, the researchers assessed how mixing the opioid painkiller oxycodone and alcohol affected 12 younger volunteers, aged 21 to 28, and 12 older volunteers, aged 66 to 77. None of the participants had taken opioids previously.

Oxycodone, an ingredient in the brand-name drugs OxyContin and Percocet, is widely prescribed to treat chronic pain.

Meanwhile, reports have shown that these deaths often involve other substances such as alcohol, the researchers noted.

The study authors reported that taking just one oxycodone tablet with a modest amount of alcohol increased the risk of respiratory depression.

The older volunteers were more likely than the younger ones to have repeated episodes where they temporarily stopped breathing.

The study was published online Feb. 7 in the journal Anesthesiology.

"We hope to increase awareness regarding the dangers of prescription opioids, the increased danger of the simultaneous use of opioids and alcohol, and that elderly people are at an even greater increased risk of this potentially life-threatening side effect," Dahan said in a journal news release.

"Ultimately, people should know that it is never a good idea to drink alcohol with opioids," he concluded.