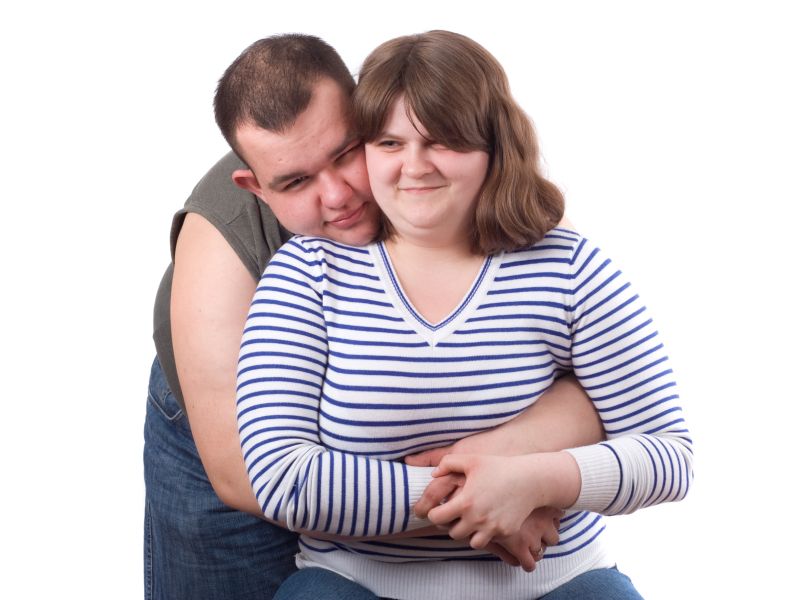 FRIDAY, Feb. 3, 2017 (HealthDay News) -- It's not just a woman's weight that matters when couples are trying to conceive, a new study suggests.

When a woman and her partner are both obese, their chances for pregnancy during any menstrual cycle are about half that of a normal-weight couple, according to the analysis from the U.S. National Institutes of Health.

"It translates to maybe a longer time to get pregnant," said lead study author Rajeshwari Sundaram. She is a senior investigator at the U.S. National Institute of Child Health and Human Development, a unit of NIH.

Prior studies show an association between female obesity and reduced odds for pregnancy in a single menstrual cycle, as well as a link between men's increased body weight and lower sperm count, the researchers noted.

This study breaks new ground because it enrolled couples hoping to get pregnant, not couples undergoing fertility treatment. Measurements of body fat were taken before they conceived, and the researchers followed each couple for a year or until a pregnancy occurred.

Lauren Wise, professor of epidemiology at Boston University School of Public Health, said, "This study represents an important contribution to the literature on couples' body size and fertility."

Wise, who was not involved in the study, said its strengths include use of more than one measure of body composition and fertility over multiple menstrual cycles. The researchers also controlled for physical activity, a key factor, she added. However, they did not take couples' diets into account.

The findings, Sundaram said, are representative of reproductive-age couples in the United States.

A total of 501 couples from Michigan and Texas joined the study from 2005 to 2009, as they were ready to try to get pregnant. Infertile couples were excluded. The women ranged in age from 18 to 40 and the men were over 18.

The researchers interviewed each partner to gather data on lifestyle, habits, and medical and reproductive history. Couples completed daily journals on lovemaking, and women recorded their menstrual cycles and pregnancy test results.

Nurses weighed each participant and measured their height as well as their waist and hip circumference.

Height and weight were used to calculate body mass index (BMI), an estimate of body fat. People with a BMI of 30 or higher are considered obese. Researchers divided the obese couples into two groups: BMIs of 30 to 34.9, and BMIs of 35 and over.

Overall, 27 percent of the women and 41 percent of the men were obese, the findings showed. In addition, the majority of men and women engaged in physical activity less than once a week.

Larger women's waistlines -- roughly 35 or more inches -- was also associated with longer time to achieve pregnancy. But that finding didn't hold up when researchers adjusted for other factors.

The study doesn't say why couples' obesity may reduce their chances of conception. Sundaram said weight loss improves many health outcomes. "And since it takes two to make a baby, it also requires two to have a healthy weight," she reasoned.

The study can't prove a direct cause-and-effect relationship. But the research team concluded that couples' weight may be something that should be considered during preconception counseling -- and not just to reduce their odds for type 2 diabetes, cancer and heart disease.

"A little weight loss from both of them should be beneficial for a quicker time to pregnancy," Sundaram said.

The study was published online Feb. 3 in the journal Human Reproduction.