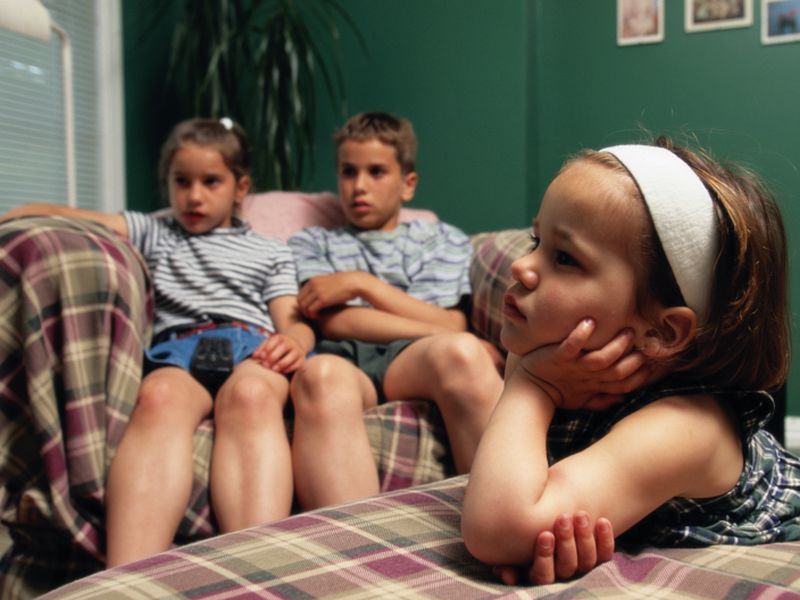 MONDAY, Dec. 19, 2016 (HealthDay News) -- Children with a genetic trait linked to obesity may be more likely than other kids to respond to fast-food commercials on TV, a new study suggests.

"Genetic studies have shown that willpower might be controlled by people's genetic make-up. The current study shows that, potentially, the reason why people with this genetic trait gain weight is because it is hard for them to resist food when they see it, compared to people who do not have the variant," said Loos. She directs the genetics of obesity and related metabolic traits program at the Charles R. Bronfman Institute of Personalized Medicine in Mount Sinai in New York City. She did not work on the new study but is familiar with its findings.

At issue: How do the genes we inherit from our parents affect our weight? "The causes of obesity are very complex and involve an interplay between genetic and environmental factors," said the study's lead author, Kristina Rapuano. She is a graduate student with the department of psychological and brain sciences at Dartmouth College in Hanover, N.H.

For the new study, Rapuano and her colleagues sought to better understand how a genetic trait linked to obesity -- an "allele" that comes in different variations -- may affect how kids see food.

The researchers monitored the brains of 78 children, aged 9 to 12, as they watched a TV show with commercials -- including half for fast food -- while in an MRI scanner. The investigators looked for links between the kids' reactions to the commercials in the "reward center" of the brain -- which is important for making you feel good -- and their genetic makeup.

"We think our study provides some evidence to suggest this genetic trait may predispose some children to have food cravings in response to food cues like the sight or smell of food," she added.

According to study co-author Diane Gilbert-Diamond, "About one-third of commercials children see on network television are food advertisements, and each one is a prompt to eat." Gilbert-Diamond is an assistant professor of epidemiology at Dartmouth's Geisel School of Medicine.

"We know from our prior work that children with this same genetic obesity risk factor are more likely to overeat after watching food advertisements on TV, even when they are not hungry. The brain scans suggest that these children may be especially vulnerable to food cues, and that limiting food advertisement exposure could be an effective way to combat child obesity," Gilbert-Diamond said.

Rapuano isn't suggesting that kids be tested for the obesity genetic variation. "More work needs to be done before we are able to fully understand how this gene contributes to obesity," she said. And kids with the variation aren't guaranteed to become obese later in life, she noted.

As for preventing obesity in kids, Rapuano suggested "creating an environment with limited exposure to food advertising and other unhealthy food cues."

Loos, the Mount Sinai researcher, cautioned that "we should not get too fatalistic" about obesity and declare "it's all in my genes."

"People who are genetically susceptible to gain weight are not destined to become obese. After all, genes contribute only part, and a healthy lifestyle will help prevent weight gain. It's just harder for some people. But it's not impossible," Loos said.

The study was published online Dec. 19 in the Proceedings of the National Academy of Sciences.