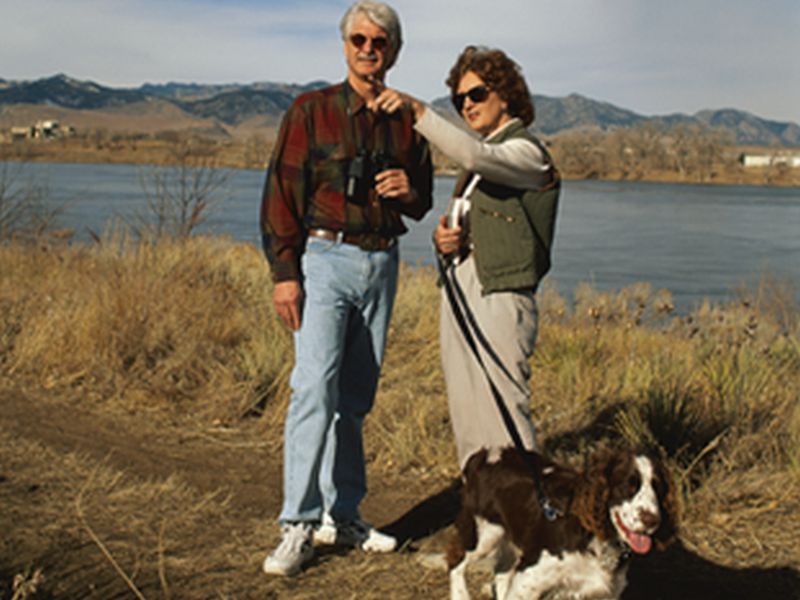 TUESDAY, Dec. 13, 2016 (HealthDay News) -- "Don't worry, be happy" is not only a motto for enjoying life, it might actually help older folks live longer, researchers report.

Questioned three time over five years, seniors in England who consistently said they enjoy life were 24 percent less likely to die during the follow-up period compared with those who reported little joy from their lives.

"People who reported enjoying their lives at all three occasions had the lowest mortality over the next six to seven years, while those who said they did not enjoy their lives at any time were the most likely to die," said study lead author Andrew Steptoe.

"We cannot draw the conclusion, however, that high levels of subjective well-being are causally linked with good health, since this is an observational study," added Steptoe. He is director of the Institute of Epidemiology and Health Care at University College London.

"Other factors that we did not measure could be responsible," he said.

Still, the findings lend support to the hypothesis that a positive outlook is relevant to your future health, Steptoe noted.

"Additionally, even some enjoyment of life is better than none," he said.

The report was published online Dec. 13 in the journal BMJ.

One expert believes enjoying life can reduce stress, which in turn may prolong life.

"Sustained enjoyment or happiness would be expected to be associated with lower levels of subjectively experienced stress," said Dr. Dilip Jeste.

Jeste directs the University of California, San Diego's Stein Institute for Research on Aging. He said studies have shown that subjective stress is more telling than objectively measured stress.

For example, heart disease can cause greater stress in some people than in others, which might affect their level of enjoyment.

People with greater subjective stress may feel depressed and have a worse immune response, "which would impact their health adversely," Jeste added.

"Happy people are likely to take better care of themselves, exercise regularly, avoid unhealthy foods, take their medications regularly and, as a result, they will have better health outcomes," he explained.

For the study, Steptoe and his colleagues collected data on more than 9,300 men and women, aged 50 and older, who took part in the English Longitudinal Study of Ageing. The researchers measured the participants' enjoyment of life in 2002, 2004 and 2006. Associations with death were analyzed up to 2013.

Those who answered "never or rarely" to all four life-enjoyment questions were classified as having no enjoyment. Those responding "sometimes and often" were categorized as having high enjoyment, the researchers said.

Factors that could influence the results -- such as wealth, education, health issues and depression -- were taken into account, Steptoe said.

By 2013, more than 1,300 participants had died. The deceased tended to have reported not enjoying life, with deaths increasing for each report of no enjoyment, the researchers found.

Compared with those who reported no enjoyment, risk of dying from any cause was reduced 17 percent among people who reported enjoying life on two assessments. The risk fell 24 percent in those reporting enjoying life all three times, the findings showed.

More women than men said they had high enjoyment of life, as did people with partners. Well-educated, richer, younger and employed people were also more likely to report high enjoyment, the study found.

Steptoe acknowledged that the study had limitations. For one thing, serious illness could account for lack of enjoyment and hastened death, although the research team tried to take that into account.

"People's assessments of their well-being go up and down, so measures taken on a single occasion may be affected by their current situation," Steptoe said.

Since this study included multiple reports of well-being, it indicates that both the strength and duration of positive feelings is important, he said.