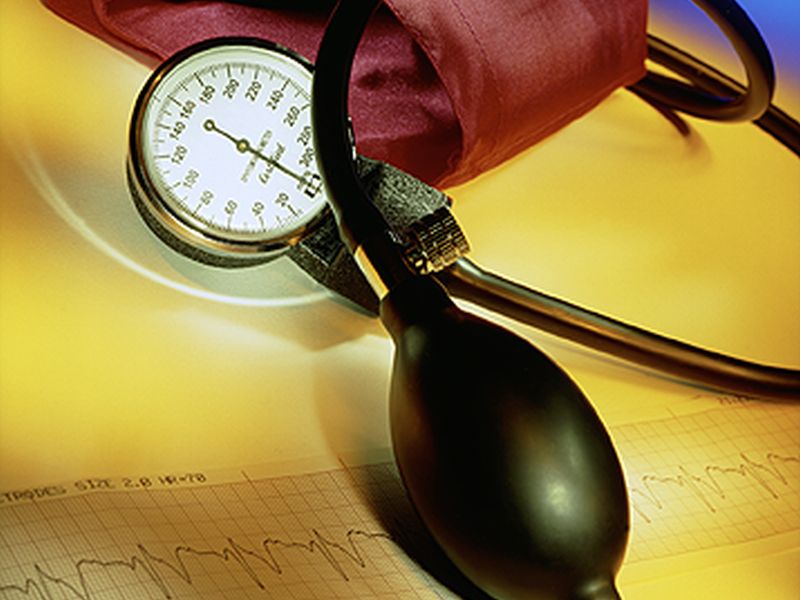 MONDAY, Dec. 5, 2016 (HealthDay News) -- It's commonly believed that anxiety in the doctor's office causes patients' blood pressure to rise. But for some people, the opposite occurs: Their blood pressure is normal at their medical appointment but elevated the rest of the day.

This phenomenon is called "masked hypertension." The best way to uncover it is to wear a small monitoring device for 24 hours, researchers said.

For this new study, the researchers had almost 900 healthy, middle-aged patients do just that.

The result: Almost 16 percent who had "normal" blood pressure at the clinic learned otherwise after around-the-clock monitoring.

"In working individuals who are not being treated for hypertension [high blood pressure], our data show that ambulatory blood pressure is usually higher than clinic blood pressure," said lead researcher Joseph Schwartz. He is a professor of psychiatry and sociology at Stony Brook University in Stony Brook, N.Y.

"It is critical that we learn what, if anything, should be done to lower their ambulatory blood pressures," he said.

Ambulatory blood pressure is measured when you're walking around, living your normal life. The results may be a better indicator of health risks than clinic blood pressure, the study authors said.

A difference in readings is most common for young, lean people. The gap shrinks substantially by age 60 or as overweight people become obese, the findings showed.

Dr. Gerald Fletcher, a spokesman for the American Heart Association, said that while it may be beneficial, it's not possible to monitor everybody's blood pressure for 24 hours.

But if you have high cholesterol, are overweight or have a family history of high blood pressure, you might benefit from this type of monitoring if your pressure is normal in a doctor's office, said Fletcher. He's also a professor of medicine at the Mayo Clinic in Jacksonville, Fla.

These new findings debunk a widely held belief that "ambulatory blood pressure is usually lower than clinic blood pressure," Fletcher said. That myth was tied, in part, to what's called the "white-coat effect." This holds that anxiety about being in a doctor's office causes blood pressure to spike temporarily.

The new report was published Dec. 6 in the journal Circulation.

For the study, the researchers took three blood pressure readings during each of three clinic visits, for a total of nine. The study participants also had their ambulatory blood pressure monitored once for 24 hours, with readings taken about every half-hour.

During monitoring, patients wore a cuff on their arm attached to a small device that recorded their blood pressure.

All participants were employed and not taking blood pressure medication. Their average age was 45, and about 80 percent were white. Retired, older people were excluded because they're more likely to have high blood pressure, the study authors noted.

A healthy blood pressure is under 120/80 mm Hg, according to the American Heart Association.

Overall, the study found that just under 16 percent of participants with normal clinic readings "met the criterion for having hypertension based on their average awake ambulatory blood pressure," Schwartz said.

For more than one-third of participants, systolic pressure was 10 mm Hg higher during all-day monitoring than at the clinic. A similar jump was noted in diastolic blood pressure for nearly one in 10 participants.

Elevated blood pressure can be controlled with medication, a healthy diet and exercise, Fletcher said. However, people with high blood pressure often don't know they have it because they usually feel normal.

"You need to have your blood pressure recorded," Fletcher said. "That way we can save lives, prevent heart attack and prevent stroke."