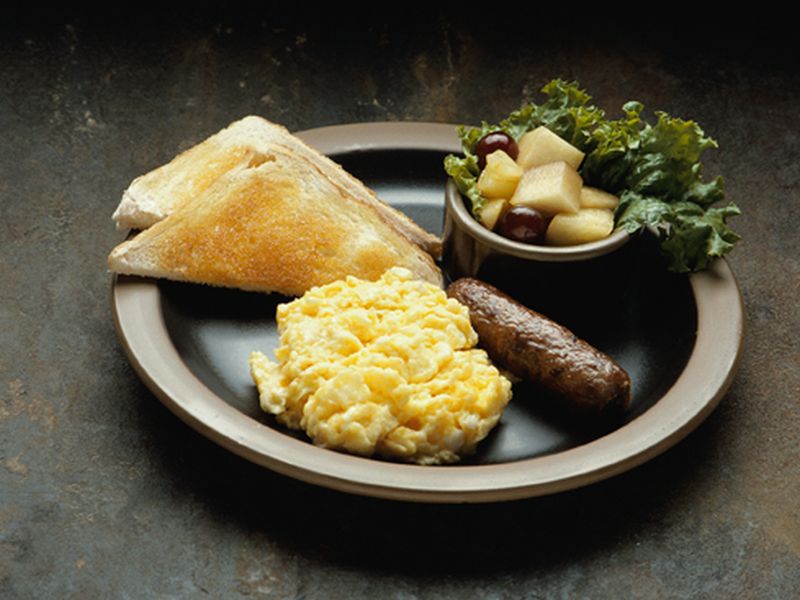 The researchers also found that the timing of exercise may play a role in how beneficial it is for your metabolism.

The study's senior author, Katarina Borer, said the study illustrates that small changes can make a difference, such as watching the kinds of foods you eat and not exercising at an inappropriate time.

"It's an empowering message," said Borer, a professor at the University of Michigan's School of Kinesiology.

The study reported that when people ate three meals containing just 30 percent carbohydrates over a 24-hour period, they had a 30 percent reduction in their after-meal insulin resistance and insulin levels.

Insulin is a hormone that helps the body use carbohydrates from food to fuel the cells in the body and brain. People who are resistant to insulin have a higher risk of prediabetes and type 2 diabetes.

When people ate three meals containing 60 percent carbohydrates over 24 hours, there was no such reduction in insulin resistance or insulin levels.

The study included 32 healthy postmenopausal women, ages 50 to 65. None had signs of diabetes or prediabetes.

The women were placed into one of four groups -- high- or low-carb diet, and with or without exercise before meals. The women had a meal at the lab the night before the study, and two study meals the next day -- one in the morning and the other at 5 p.m.

Each meal contained about 800 calories, Borer said. The low-carb meal was 30 percent carbohydrate, 25 percent protein and 45 percent fat. But, she said, the researchers focused on good fats such as olive oil. The meals included items such as macaroni and cheese, sausage and ham, chef's salad, fruit, a veggie burger and soup.

The exercise groups were moderately active for two hours, and the exercise session ended one hour before a meal.

"During exercise, you need energy, triggering hormones that promote the release of sugar from the liver. Most [of the body's] tissues become insulin-resistant to allow the brain and muscles to use that excess sugar," Borer explained. If the tissues don't use all that sugar for the workout, blood sugar will remain elevated, she added.

If you exercise after eating, however, "your meal provides the fuel" instead of your liver, Borer noted, and the excess sugar from your meal is likely used up. She recommended exercising within 40 minutes of eating.

Borer acknowledged that the results from this study were only short-term. She also noted that she couldn't comment on how this low-carb diet and pre-meal exercise might affect someone with prediabetes or type 2 diabetes because she only tested healthy women.

"People need to get some balance and portion-size management. I encourage a healthy protein with each meal or snack, like nut butters, eggs, lean meats," said Heller, who wasn't involved with the study. Adding protein to a meal or snack helps keep blood sugar levels more stable and leaves you feeling fuller longer, she explained.

Heller added that exercise should never be discouraged. Generally, she said, it's probably fine to exercise on an empty stomach. "For most people, the best time to exercise is when you're actually going to do it," she said.

Everyone should drink fluids, she recommended. And if you're going to work out hard, you might need some food. But that depends on when you last ate, she said.

Findings from the study were published recently in the journal PLOS One.