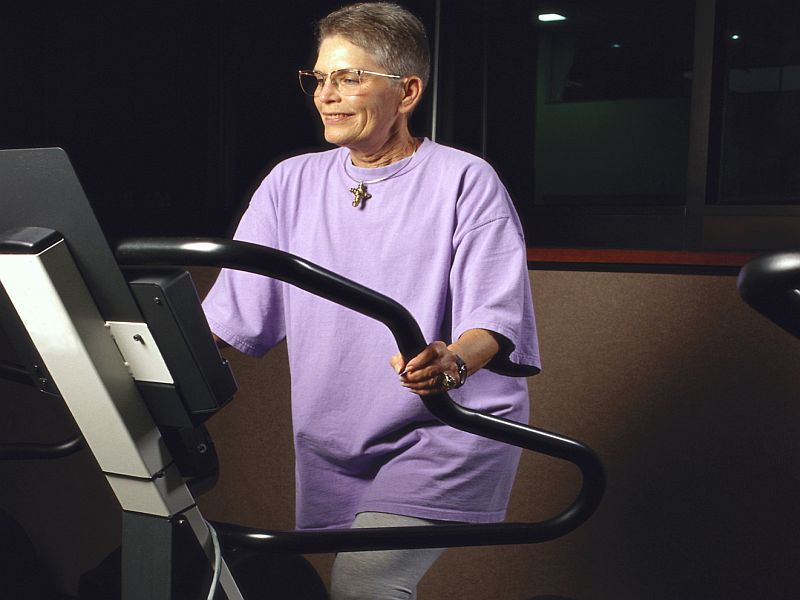 People with mild cognitive impairment are at increased risk for Alzheimer's disease.

All of the participants had mild cognitive impairment. After six months, brain scans revealed that those in the aerobic exercise group had greater increases in brain volume than those in the stretching group, the researchers said.

Those in the exercise group also showed significant improvement in thinking and memory after six months, while those in the stretching group did not, according to the researchers.

The study was to be presented Wednesday at the Radiological Society of North America (RSNA) annual meeting, in Chicago. Research presented at medical meetings should be considered preliminary if it hasn't been published in a peer-reviewed journal.

"Even over a short period of time, we saw aerobic exercise lead to a remarkable change in the brain," lead investigator Laura Baker said in a RSNA news release. Baker is an associate professor of gerontology and geriatric medicine at the Wake Forest School of Medicine in Winston-Salem, N.C.

"Any type of exercise can be beneficial. If possible, aerobic activity may create potential benefits for higher cognitive functioning," said study co-author Jeongchul Kim, a researcher also from Wake Forest.