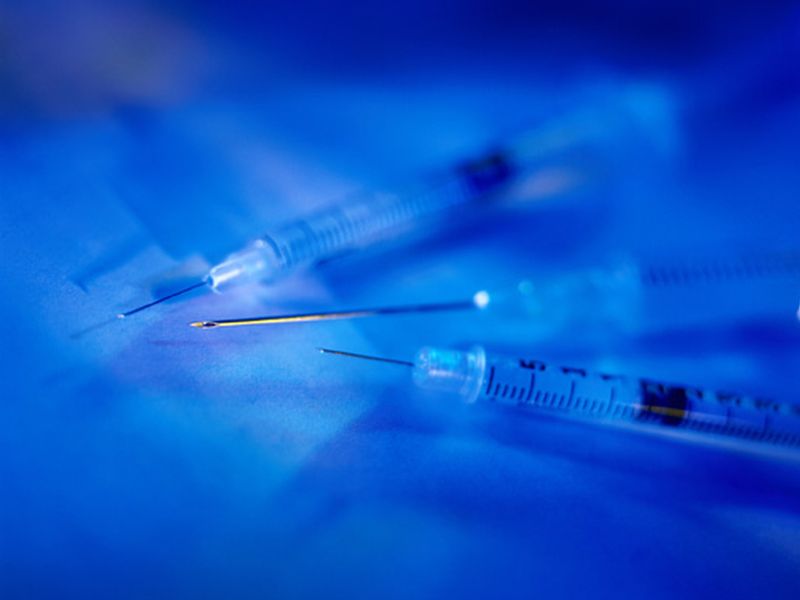 WEDNESDAY, Nov. 30, 2016 (HealthDay News) -- Although there was a significant increase in the use of syringe services programs (SSPs) -- more commonly known as needle exchange programs -- across the United States over the past decade, many injection drug users don't always use sterile needles, a federal government report says.

Previously used needles put drug users at risk for infectious diseases such as HIV and hepatitis B and C, the report noted.

Despite the increased use of needle exchange programs, 33 percent of drug users in 2015 said they had shared a needle within the past year. In 2005, that number was 36 percent, the CDC report said.

"The prescription opioid and heroin epidemics are devastating families and communities throughout the nation, and the potential for new HIV outbreaks is of growing concern," CDC Director Dr. Tom Frieden said in an agency news release.

"Our goal is for people to live long enough to stop substance use and not contract HIV or other serious infections while injecting -- SSPs can help people accomplish both," he said.

Yearly AIDS diagnoses among injection drug users in the United States have decreased about 90 percent since peaking in 1993. But there's still an unmet demand for sterile needles and syringes. That's especially true in rural areas where access to such programs can be limited, and in cities or their suburbs where needle exchange programs are restricted or forbidden, the report authors said.

"Until now, the nation has made substantial progress in preventing HIV among people who inject drugs, but this success is threatened," said Dr. Jonathan Mermin, director of CDC's National Center for HIV/AIDS, Viral Hepatitis, STD, and TB Prevention.

"Syringe services programs work, and their expansion is pivotal for progress in the coming decades," Mermin said.

HIV diagnoses among white injection drug users declined about 27 percent from 2008 to 2014. But the diagnoses remained stable from 2012 to 2014.

The findings were published Nov. 29 in the CDC's Vital Signs.