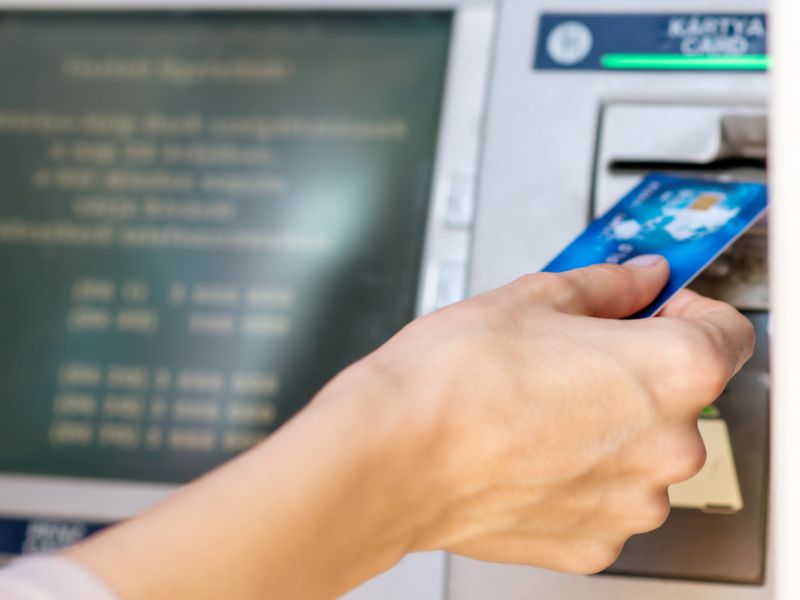 WEDNESDAY, Nov. 16, 2016 (HealthDay News) -- You might want to wash your hands the next time you withdraw cash from an ATM machine, a new study suggests.

ATM keypads in New York City were covered in bacteria, researchers reported, with most of the microbes coming from human skin, food or household surfaces.

To come to this conclusion, the investigators took swabs from the keypads of 66 ATM machines in Brooklyn, Manhattan and Queens, including four that were outdoors.

The most abundant bacteria on the keypads were normal human skin microbes. The most commonly identified sources of bacteria were household surfaces, such as televisions, restrooms, kitchens and pillows.

The researchers also found bacteria from bony fish, mollusks and chicken, suggesting that bacteria from a meal can remain on a person's hands and be transferred to ATM keypads.

Keypads on ATMs in laundromats and stores had the highest number of bacteria, with the most prominent being lactic acid bacteria, which is usually found in decomposing plants or milk products.

ATM keyboards in Manhattan had a foodborne mold associated with spoiled baked goods, according to the study authors.

"It seems plausible that this fungus may have been transferred from people who have recently handled baked goods, particularly in a commuter-heavy area such as midtown Manhattan where there are many nearby convenience stores and cafes selling this type of food product to business workers," said study senior author Jane Carlton. She is director of the Center for Genomics and Systems Biology at New York University in New York City.

The report, published online Nov. 16 in the journal mSphere, found no significant differences between keypads from outdoor or indoor ATMs.

"DNA obtained from ATM keypads may therefore provide a record of both human behavior and environmental sources of microbes," she said in a journal news release.