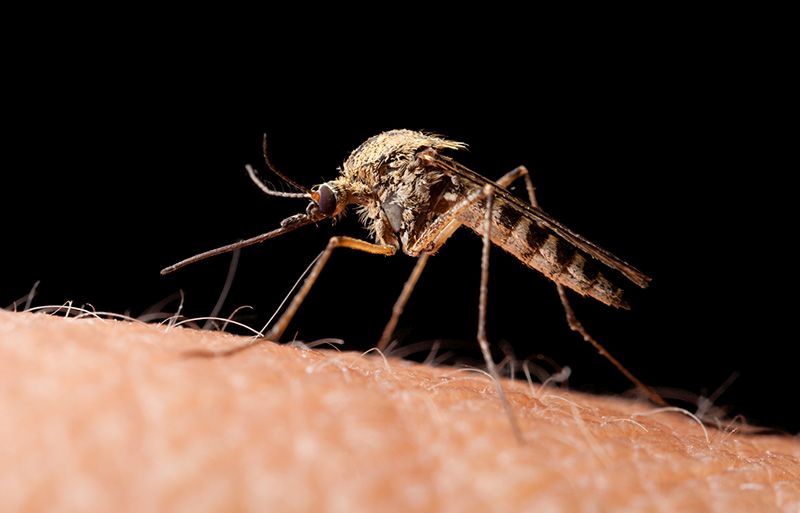 MONDAY, Nov. 14, 2016 (HealthDay News) -- A new study suggests that the death toll from the mosquito-borne West Nile virus might be much greater than thought because its effects may often kill people months or years after infection.

"We are hoping our research findings will help encourage a push to develop a vaccine that can help prevent disease and premature death," said study co-author Dr. Kristy Murray, an associate professor with National School of Tropical Medicine at Baylor College of Medicine in Houston. "At this time, the only way people can prevent the disease is protecting themselves from mosquito bites, which can sometimes be difficult to do."

According to the U.S. Centers for Disease Control and Prevention, almost 44,000 people have been diagnosed with West Nile virus disease since 1999, and many more cases weren't picked up by surveillance. While most infected people don't get sick, an estimated 1,900 people have died, and 20,000 have developed brain and spinal infections, the agency said.

West Nile is part of the same class of viruses that includes Zika and yellow fever, the study authors said.

Murray said the study authors launched the research to better understand a trend they'd seen in Houston: People who had been infected with West Nile virus often didn't do well in the long term. "We observed a general decline in overall health, particularly with regards to kidney function," she said.

So, the researchers tracked more than 4,100 patients who'd been diagnosed with the disease in Texas between 2002 and 2012. The researchers wanted to see how often patients appeared to die of a cause linked to the illness.

The disease was typically considered the cause of death in those who died within 90 days of infection, accounting for 286 deaths. Another 268 people seem to have died later of causes linked to the illness.

"For those who died later, the most common cause of death was attributed to kidney or infectious diseases," Murray said. "The highest risk of premature death was seen in those who were under 60 years of age. They were 11 times more likely to die prematurely compared to the rest of the Texas population."

The median -- not average -- time from infection to a death linked to the disease was three years, although some deaths occurred 10 years later. It's not clear if lower-income people or those with other medical conditions are at higher risk, the researchers said.

Kidney disease and kidney failure due to the infection seem to be causing the delayed deaths, Murray said. In an earlier study, she and her research team found that 40 percent of 139 patients with West Nile virus disease developed long-lasting kidney disease.

Overall, the researchers estimated the death rate from West Nile virus at 13 percent, higher than the estimated 4 percent death rate in the early stages of infection. Murray said the findings aren't surprising since she and her colleagues have noticed a high rate of kidney problems in West Nile patients.

Stephen Higgs is president of the American Society of Tropical Medicine and Hygiene and a professor at Kansas State University. He said the study is significant and has the potential to make a difference by boosting awareness of West Nile's risks.

"A better understanding of an infection like this over time is bound to help," Higgs said. "These findings will alert physicians to look for tell-tale signs that might indicate declining health due to previous infection with West Nile virus. They may be more likely to ask a patient if they think they have been infected and perhaps run blood tests to look for signs of previous infection."

Higgs said more research into the virus is needed.

"Many viral infections are difficult to treat because there are no widely available effective antiviral drugs. The scientific effort and high level of funding commitment that was directed to battle HIV has been a success story, but this kind of effort is rare," he said. "The commitment for increased funding for surveillance, training and research that was related to West Nile virus has dried up. We need to have sustained funding, not just funding under crisis conditions."

The study was scheduled for presentation Monday at the 2016 Meeting of the American Society of Tropical Medicine and Hygiene in Atlanta. Research presented at meetings is generally considered preliminary until published in a peer-reviewed journal.