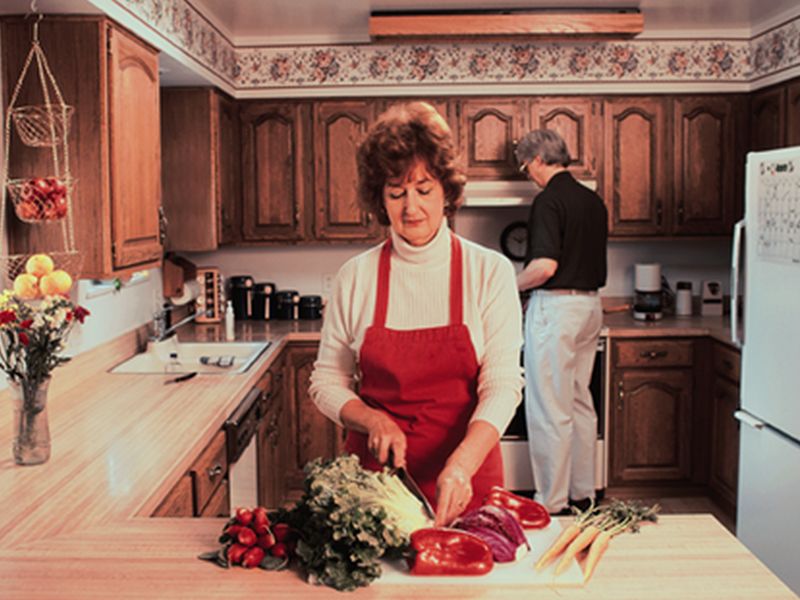 MONDAY, Nov. 14, 2016 (HealthDay News) -- Women over 50 who follow a high-protein diet could have a higher risk for heart failure, especially if most of their protein comes from meat, researchers report.

The study couldn't prove cause-and-effect. However, postmenopausal women with the most protein in their diet had a 60 percent increased risk of heart failure, compared with women who ate little protein, the study found.

The findings were presented Monday at the American Heart Association annual meeting in New Orleans.

Women who got most of their protein from vegetable sources appeared to have a nearly 20 percent reduced risk of heart failure, Barbour said.

Beans, nuts, lentils and quinoa are some non-meat sources of protein.

Heart failure occurs when the heart can no longer pump enough blood to fill the body's needs, according to the U.S. National Institutes of Health. More than 5 million people in the United States suffer from heart failure, and it is the most common reason older people are hospitalized.

For this study, Barbour and colleagues analyzed the self-reported daily diets of nearly 104,000 women between 50 and 79 years old, from 1993 to 1998. All subjects are participants in the Women's Health Initiative, an ongoing federally funded diet survey aimed at reducing heart disease, breast and colon cancer, and osteoporosis.

The research team also analyzed urine samples from the women to further assess how much protein they regularly ate, Barbour said. This created a "calibrated" assessment of their protein intake.

More than 1,700 women developed heart failure through 2005. Their odds for the condition was statistically associated with the amount of protein they ate, Barbour and colleagues report.

The researchers found an increased risk of heart failure from high-protein diets even after controlling for age, race, and other heart health risk factors like high blood pressure, diabetes or coronary artery disease, Barbour said.

He couldn't explain why protein might increase risk of heart failure, but speculated that high intake could lead some people to gain a lot of extra weight.

Barbour expects the same findings would occur in men, "but you cannot tell until we do another study."

One heart specialst who reviewed the findings said more study may be needed.

Even though the authors tried to compensate for it, studies that rely on people to report what they eat tend to be a bit shaky, explained Dr. Ileana Pina, a cardiologist and professor with the Albert Einstein College of Medicine in New York City.

"Some bias may be inserted when you're filling [out the survey] because you think you're being a good girl, you're doing the vegetables," Pina said.

On the other hand, the study included a lot of women participating in a well-respected trial, said Pina, an American Heart Association spokeswoman.

"This is a study that collected an incredible amount of data," Pina said, adding that the researchers tracked new cases of heart failure and reported statistically significant findings.

Data and conclusions presented at medical meetings are usually considered preliminary until published in a peer-reviewed medical journal.