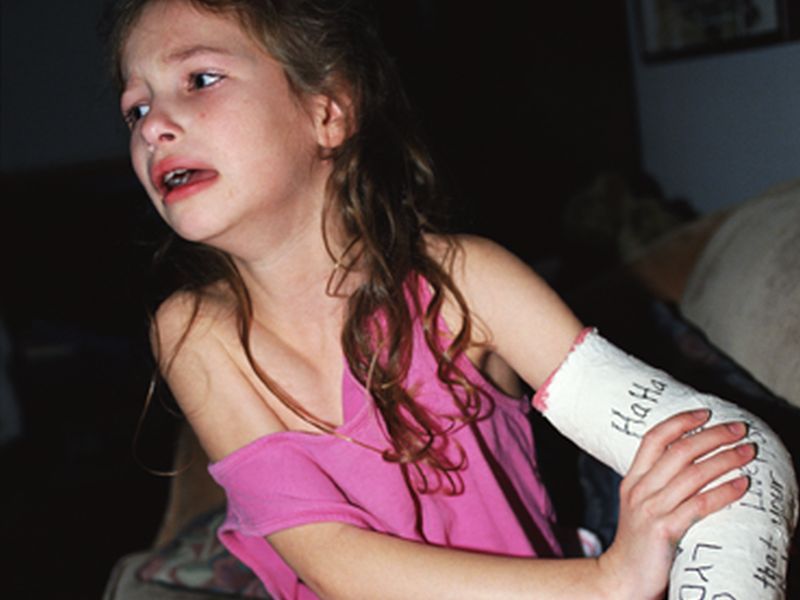 "When people talk about PTSD they often think about soldiers returning from war zones. But children who experience traumatic events such as car accidents, assaults and natural disasters are also at risk of developing post-traumatic stress disorder," said lead researcher Richard Meiser-Stedman, from Norwich Medical School at the University of East Anglia.

"Symptoms can include traumatic memories and nightmares, avoiding reminders of the trauma, and feeling like the world is very unsafe," he explained in a university news release.

Researchers followed more than 100 children aged 2 to 10 who had been in a road collision involving a car crash, or being hit while walking, or getting knocked off their bicycle. All had been taken to the hospital with injuries such as bruising, fractures or loss of consciousness.

They were assessed for PTSD two to four weeks after the incident, and again at six months and then three years later.

The researchers found that those who showed signs of stress soon after the incident didn't necessarily go on to suffer PTSD after three years, And, while some developed PTSD that persisted for years, this occurred only in a minority of cases. Most "bounce back" naturally in time, the study authors said.

Injury severity was associated with PTSD incidence up to six months after an incident, but not three years after.

However, the researchers added, most parents of children who still had PTSD after three years didn't recognize their child's symptoms. This finding suggests that relying on parent reports of PTSD in their children may not be adequate for identifying chronic PTSD in young children, the researchers said.

The researchers also found that children were more likely to suffer PTSD if their parents also suffered PTSD in the short- or long-term. But even these parents may not recognize their child's PTSD.

"This study reveals some really interesting links between how children and their parents respond to a trauma," Meiser-Stedman said.

Children may experience PTSD for years without their parents being aware of it. The researchers also found a strong link between parents having PTSD and their children having it as well, even years after the traumatic event.

"This could be because parental stress early on is worsened by their children's symptoms, or because the child's responses are shaped by their parents' initial reactions -- or a bit of both, leading to an amplification of symptoms for both parties," he said.

"Interestingly, even in these cases, the parents were still unlikely to acknowledge their children's suffering," Meiser-Stedman added.

"This study strengthens the case for considering parental mental health, and providing support for both children and their parents in the aftermath of a trauma to reduce the long-term effects for both," he concluded.

The study was published Nov. 8 in the Journal of Clinical Psychiatry.