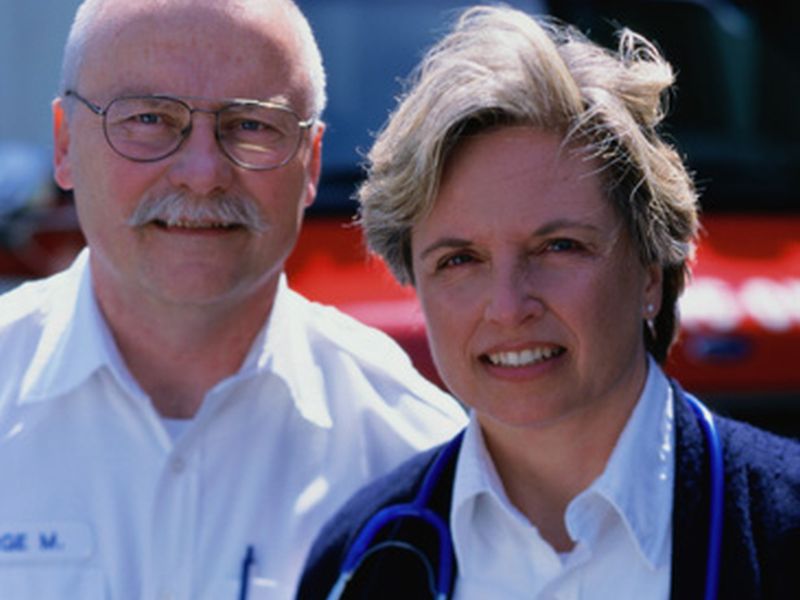 TUESDAY, Nov. 1, 2016 (HealthDay News) -- Is your spouse feeling stressed? Then you may want to watch your waistline, a new study suggests.

"We found that your partner's stress, and not your own, predicted an increased waist circumference over time," said Kira Birditt, a research associate professor at the University of Michigan Institute for Social Research.

Birditt and her university colleagues also found that quality of marriage also seemed to play a role in whether husbands and wives fattened up over the four-year study.

The study can't prove the association. But Joan Monin, of the Yale School of Public Health, said that based on this study and her own research, "stress reduction interventions should be aimed at couples rather than individuals."

Another take-home message: "It's good to be aware of your partner's stress," said Monin, an assistant professor of chronic disease epidemiology, who wasn't involved in the new study.

For the study, Birditt's team used data from the university's Health and Retirement Study. More than 2,000 married men and women answered questions about their waist size, marriage quality and stress levels in 2006 and again in 2010. They were in their early 60s, on average, and had been married an average of 34 years.

The researchers defined chronic stress as potentially overwhelming circumstances -- such as financial problems, work difficulties or long-term caregiving -- that continued for more than a year.

At the start of the study, roughly six out of 10 participants (59 percent of husbands and 64 percent of wives) had waists in the unhealthy-size range.

Four years later, about 9 percent of participants had a 10 percent increase in waist size. That was an average increase of 4 inches or more over four years, Birditt said. "The findings aren't just about slight increases," she noted.

"Wives were 1.6 times more likely to have an increase in waist circumference when their husbands reported greater stress and greater negative marriage quality," Birditt said.

However, she added, husbands were more than twice as likely to have a 10 percent increase in waist size when their wives had greater stress but weren't complaining about marriage quality. Birditt said she couldn't explain that difference.

Marriage quality was assessed by questions such as: How often does your spouse make too many demands on you, criticize you or let you down?

The new findings are both interesting and puzzling, said Monin.

"You usually see that an individual's own stress influences weight gain," she said. "They [the study authors] didn't [find that]. You would think because spouses are so interdependent they would find both."

While Monin can't explain the findings, she suggested that if spouses see that their partner is stressed out, they may eat more to cope.

As for marriage quality's effect, Birditt said, "research shows that people who are more distressed in their marriage do eat more as a way to feel connected to each other to reduce their feeling of stress."

Husbands and wives under stress can take steps to minimize weight and waist gain, Birditt and Monin agreed.

"Couples who create goals together tend to be more successful than those who create them separately," Birditt said.

For instance, saying, " 'Let's go out and walk together after dinner every night' is better than one partner saying, 'I'm going to go exercise,' " she said.

The study was published online recently in the Journals of Gerontology: Social Sciences.