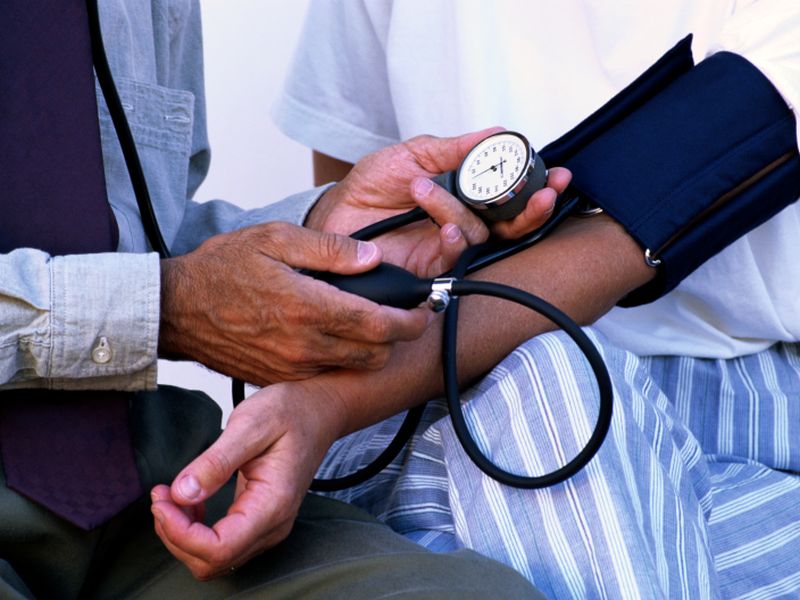 These include an increased risk of obsessive-compulsive disorder, schizophrenia and anxiety disorders, the results show.

"We are coming to appreciate that psychiatric illnesses are brain diseases, and our central nervous system, which is mediated from our brain, controls autonomic functions," like heart rate and blood pressure, said Dr. Victor Fornari. He is director of the division of child and adolescent psychiatry at Zucker Hillside Hospital in Glen Oaks, N.Y.

"We should recognize it would make sense that if you have increased risk for psychiatric illness, it may have some relationship with differences in the way your autonomic nervous system is regulated," said Fornari, who wasn't involved in the study.

Because of the study design, the researchers -- from Finland, Sweden and the United States -- can't prove a direct cause-and-effect relationship, only an association.

The investigators reviewed health data for more than one million Swedish men whose resting heart rate and blood pressure were measured when they were drafted into the military between 1969 and 2010. Average age was 18.

The research team compared that initial measure against 45 years' worth of follow-up data, which included diagnoses of mental illness.

The researchers said they found similar associations between elevated blood pressure and risk for mental illness.

Further, it appeared that every 10-unit increase in resting heart rate was associated with an increased risk for mental problems, such as anxiety disorders, depression, obsessive-compulsive disorder and schizophrenia, the findings showed.

The results, from Antti Latvala of the University of Helsinki and colleagues, were published online Oct. 26 in JAMA Psychiatry.

Doctors have suspected that anxiety disorders could contribute to increased heart rate or high blood pressure, due to the stress that the mental illness places on the individual, said Dr. Matthew Lorber, acting director of child and adolescent psychiatry at Lenox Hill Hospital in New York City.

"That's what we always used to think," Lorber said. "This is showing even before you had the diagnosis or had someone exhibiting symptoms of schizophrenia or obsessive-compulsive disorder, their baseline heart rate and their baseline blood pressures are already elevated -- almost as if this might be some sort of marker for impending psychiatric issues."

Lorber calls it the "chicken or the egg" question -- does elevated heart rate and blood pressure contribute to the formation of mental illness, or are they merely early signs of mental disorders that are already forming but haven't fully developed?

These young men were not suffering from clinical high blood pressure or abnormally fast heart rate, Fornari said. The measures, while elevated for the general population, were still within the normal range.

"It's an important finding because we're trying to find biological links that help us better understand these disorders," Fornari said. "Really, what this study is saying is let's continue to ask these questions because there seems to be something there, but it's nonspecific and it's not causal."

While waiting for the necessary follow-up research, doctors might still use this information to catch an as-yet-undiagnosed mental condition, Lorber suggested.

"If you're seeing an adolescent and they're having elevated heart rate or elevated blood pressure appointment after appointment, be on the lookout for anxiety disorders or schizophrenia," he suggested.