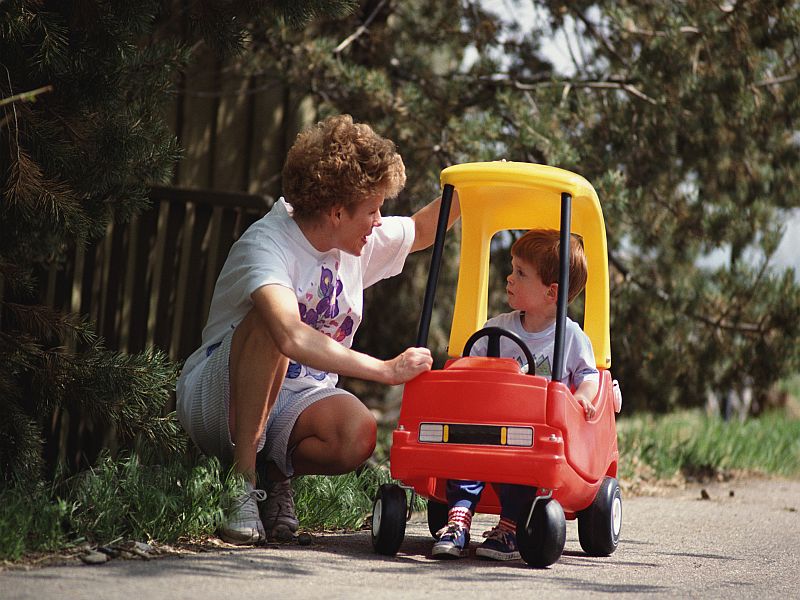 WEDNESDAY, Oct. 26, 2016 (HealthDay News) -- A therapy that focuses on parents' communication skills may have lasting benefits for young children with autism, a new clinical trial suggests.

Researchers from the United Kingdom found that preschool children who took part in the program had less-severe autism symptoms six years later, compared to kids who received standard autism services available in their local community.

The study is the first to show such lasting benefits from an early childhood program for autism. Experts not involved in the work were encouraged by the findings.

That's, in part, because the program is considered "low intensity." Parents had 18 sessions with a therapist over one year, and then took charge from there.

"This study is important in demonstrating that parent-delivered therapy can be used effectively in low-resource communities where there are few trained professionals," said Geraldine Dawson. She's the director of the Duke Center for Autism and Brain Development, in Durham, N.C.

Parents are videotaped during different interactions with their child. Then the parents watch the videos alongside a therapist. Parents learn to better interpret their child's unique style of communication, and respond to it.

To put that into practice, parents are asked to lead "structured tasks" at home for 30 minutes every day.

The approach makes sense and is "very feasible," according to Jeff Sigafoos, a professor at Victoria University of Wellington, in New Zealand.

In fact, programs that include similar principles are already available in the "real world," said Sigafoos. He wrote an editorial published with the study in the Oct. 25 online edition of The Lancet.

"All of these programs tend to share a few common elements -- such as being home-based, parent-implemented and focused on supporting parents in engaging their child in more social-communication interactions," Sigafoos said.

The new findings add to evidence that those approaches can help children and parents alike, according to Rebecca Shalev. She is a clinical assistant professor of child and adolescent psychiatry at NYU Langone's Child Study Center, in New York City.

It's not "intuitive" for parents to know how to interact with a child who has autism, Shalev said.

Learning how to play with their child and "have enjoyable experiences" benefits everyone, she said.

An estimated one in 68 U.S. children has been diagnosed with an autism spectrum disorder (ASD), according to the U.S. Centers for Disease Control and Prevention. ASD refers a group of developmental brain disorders that affect children's behavior and ability to communicate and socialize.

The severity ranges widely from one child to the next: Some kids have relatively mild problems with social interactions, while others speak very little and focus on a limited number of repetitive behaviors.

The PACT study involved 152 British children aged 2 to 4 who had relatively serious issues with social communication and repetitive behaviors. On average, they scored an "8" on a standard scale of 1 to 10 -- with 10 signifying the most severe symptoms.

The researchers, led by Jonathan Green of the University of Manchester, randomly assigned the children to either the one-year PACT program or the "usual" autism services available in their local area.

Six years later, the researchers were able to re-test 80 percent of the children.

The researchers found that, compared with kids who'd had standard autism services, children in the PACT group were less likely to have symptoms in the severe range: 46 percent versus 63 percent in the usual care group.

And although the program focused on social communication, it also reduced kids' repetitive and restrictive behaviors, on average.

That's an interesting finding, according to Shalev. She said it suggests that enhancing parent/child communication has "collateral benefits."

Sigafoos said, "One take-home message is that it's important for parents to be highly responsive to their child's communication attempts. Try to create the need for your child to communicate and watch for any indication of communication on your child's part."

He offered one example: "Your child might lead you to the fridge door to request a drink of milk. When you see this, you can acknowledge that the child is attempting to communicate -- 'Oh, I see you want some milk.' Then try to get your child to communicate in a more elaborate form, 'Can you say milk?' "

Of course, the study is reporting group averages, and not every child showed the same gains. "Simply put," Sigafoos said, "some children will respond better than others."

But, he added, in the real world, therapists can adapt an intervention to better suit a particular child's needs.

Dawson said that, ideally, children with autism would be seeing a therapist directly, along with any training their parents receive.

But, she added, therapists with that expertise are not always available in a community.

It's also best for parents to learn at-home techniques from a trained therapist, Dawson said. But, she added, there are also some good books with "useful tips."