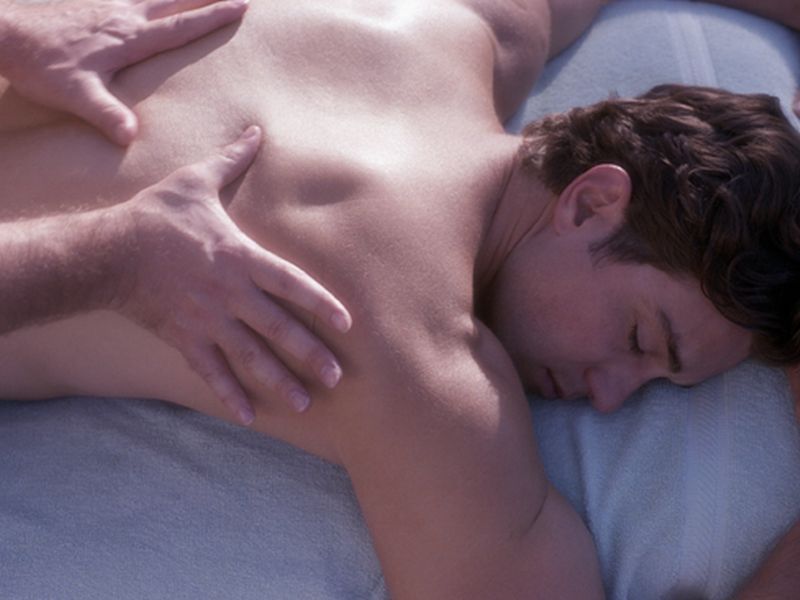 TUESDAY, Oct. 11, 2016 (HealthDay News) -- People with migraines sometimes seek a chiropractor for help, but a small study suggests that any pain relief they get might be a placebo effect.

When researchers pitted real chiropractic manipulation against a "sham" version, they found both were equally likely to ease patients' migraine pain.

On the other hand, both tactics worked better than patients' usual pain-relieving medications.

Experts in pain management stressed that no firm conclusions should be drawn from one small study.

But they also said the findings raise some interesting questions: What exactly causes, and relieves, migraine pain? And even if a therapy works by placebo effect, so what?

Traditionally, he noted, doctors have "looked down" on the placebo effect -- a phenomenon in which people feel better after receiving sugar pills or some other phony therapy.

However, many studies of pain treatment -- testing everything from drugs to acupuncture -- have found that people on the sham therapy commonly get some relief.

"There is something powerful about the mind," Lauretti said. So it makes sense to actually take advantage of that power, as long as the approach is safe, he added.

Lauretti, who was not involved in the study, is also a spokesman for the American Chiropractic Association.

He agreed that the placebo effect "shouldn't be shunned."

"We really don't fully understand what migraines are, or what the placebo effect is," said Danesh, who was not involved in the study.

For any one patient, safe and effective pain relief is what matters -- regardless of whether it's working partly via the mind, Danesh added.

All that said, Lauretti stressed that the new study does not prove there are no real effects of chiropractic manipulation for migraine pain.

"You want to be cautious about generalizing the results of one small study," he said.

About 12 percent of Americans suffer from migraines, according to the U.S. National Institutes of Health. The headaches typically cause an intense throbbing pain on one side of the head, and sensitivity to light and sound. Many people have nausea, too.

For the new study, researchers at Akershus University Hospital, in Norway, recruited 104 patients who were having at least one migraine a month.

The investigators randomly assigned each patient to one of three groups: one that received real chiropractic manipulation of the spine; one that received a sham version; and one that stuck with their usual pain-relieving medication.

The sham version involved putting pressure around the shoulder and gluteal muscles, but no manipulation of the spine. Patients in both the real and sham groups went to 12 sessions over three months.

At the end of three months, patients in all three study groups were, on average, reporting pain reduction.

But one year later, only the two chiropractic groups still felt better. On average, they reported about four "migraine days" a month -- down from six to eight at the study's start.

In contrast, patients who stayed with their medications regressed to where they'd begun.

So what is going on? It's not clear. But it's unlikely that the sham chiropractic care had a true physiologic effect on patients' migraines, said Aleksander Chaibi, a chiropractor and the lead researcher on the study.

"All of the placebo contacts were made outside of the spinal column," he noted.

At the same time, Chaibi said, studies of pain medication typically see high response rates to the placebo, too.

To Danesh, the findings underscore the importance of patients having a range of options for migraine relief. Some people, he said, want to reduce their medication use or avoid drugs, so they try low-risk alternatives, such as acupuncture or chiropractic care.

These patients might try those therapies alone, or along with medication, Danesh said.

"It doesn't have to be 'this' or 'that,'" he pointed out. "People should be able to try different options that are, first of all, safe."

Lauretti pointed out that chiropractic manipulation can have side effects, such as temporary soreness and, ironically, headache.

Chaibi made another point: In the "real world," chiropractic manipulation for migraines is often used in combination with other tactics including exercise and physical therapy, and advice on diet and lifestyle changes to limit migraine triggers.

Those combination approaches may be more effective than spinal manipulation alone, Chaibi said.

The study was published in the Oct. 2 online edition of the European Journal of Neurology.