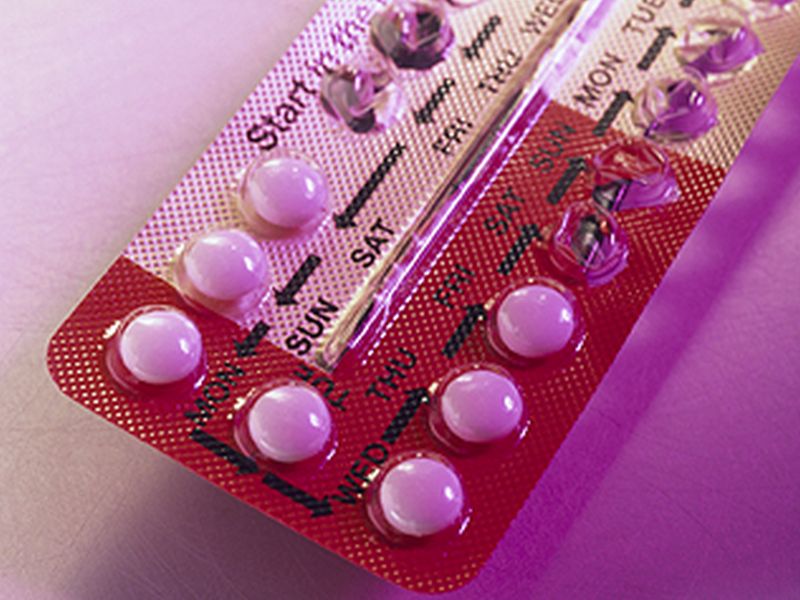 WEDNESDAY, Sept. 28, 2016 (HealthDay News) -- Women who use hormonal methods for birth control, such as "the pill," may have a slightly higher risk of developing depression -- and teenagers may be most vulnerable, a large study suggests.

Researchers said the findings confirm the link between hormonal birth control and depression symptoms. However, the association does not prove a cause-and-effect relationship.

Manufacturers already list "mood changes," including new or worsening depression, on their products' list of potential side effects.

But this new study of more than 1 million women strengthens the evidence of a connection, said Dr. Ojvind Lidegaard, of the University of Copenhagen, in Denmark.

Lidegaard said women with a history of depression symptoms might want to consider nonhormonal contraception -- such as intrauterine devices (IUDs) that release copper to prevent sperm from fertilizing the egg.

Dr. Jill Rabin, an obstetrician-gynecologist who was not involved in the study, said what's important is having a doctor "you trust" and who will discuss the pros and cons of all birth control options with you.

"We all need to be cognizant of the fact that hormones can have effects on mood," said Rabin, who is co-chief of the division of ambulatory care at Women's Health Programs-PCAP Services, at Northwell Health, in New Hyde Park, N.Y.

Doctors should routinely ask girls and women if they have a history of depression symptoms when discussing birth control options, Rabin suggested.

There are "many choices" when it comes to contraception, she said, including lower-dose hormonal options.

For the study, Lidegaard's team used Denmark's system of national health databases to track more than 1 million women aged 15 to 34 between 2000 and 2013. They were followed for six years on average.

During that time, women on hormonal birth control were anywhere from 23 percent to two times more likely to start an antidepressant, compared with women not on hormonal contraceptives.

And the risks were larger when the researchers focused on teens aged 15 to 19.

Teenagers using hormonal patches or vaginal rings, or IUDs containing progestin, were roughly three times more likely to be prescribed an antidepressant, versus other teens, the findings showed.

The risk linked to birth control pills was a bit lower. Teens on the traditional "pill" (containing estrogen and progestin) had an 80 percent higher risk of starting an antidepressant. Those on the progestin-only "mini-pill" had a twofold greater risk.

Still, the differences in absolute terms were small, Lidegaard's team found. Just over 133,000 women started on an antidepressant during the study period.

Of course, other factors can affect a woman's depression risk, and it's "always difficult" to rule out all other explanations, Lidegaard said.

But his team was able to account for some other factors, such as a woman's education level, and whether she had polycystic ovary syndrome or endometriosis -- conditions often treated with hormonal birth control.

Plus, the investigators found that women had a higher risk of starting an antidepressant in the year after going on hormonal birth control, versus the year before.

As for why teenagers showed a higher risk than older women, Lidegaard pointed to two possible explanations.

Adolescence is a "sensitive period," he said, so teenagers might be more affected by external hormones than older women.

Or, Lidegaard said, young women who develop "mood symptoms" after starting hormonal birth control may stop using it. That would mean women who stick with it through their 20s and 30s are a less-vulnerable group.

Rabin said it's important to keep the issue in perspective. "We know that anything we prescribe has benefits and risks," she pointed out.

So, she said, the small increase in depression risk has to be weighed against the "pro" of using effective birth control.

The study results were published online Sept. 28 in JAMA Psychiatry.