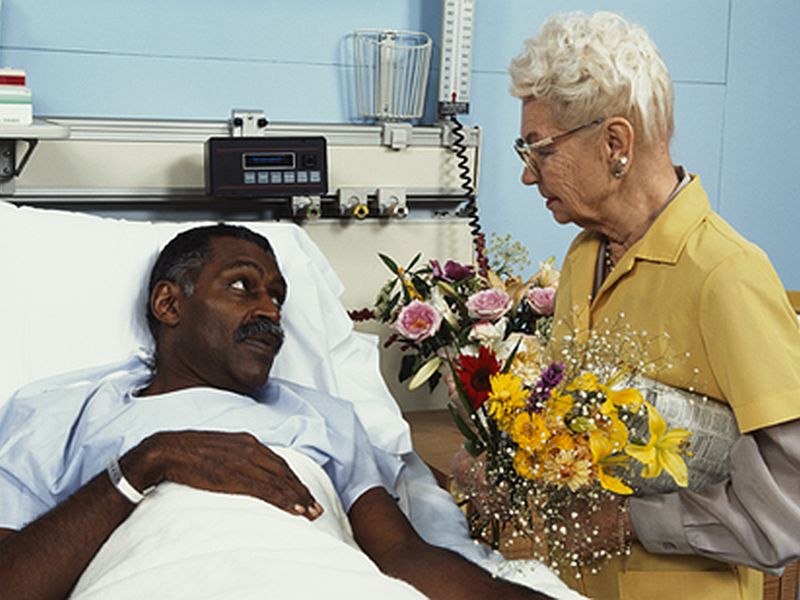 MONDAY, Sept. 26, 2016 (HealthDay News) -- Black cancer survivors are more likely than whites to wind up in debt or forego treatment due to cost, a new study finds.

"More than 1.6 million adults are diagnosed with cancer in the United States each year, and many face some form of financial hardship related to cancer and cancer treatment, even when they're insured," said study author Theresa Hastert.

Hastert is an assistant professor in the department of oncology at Wayne State University School of Medicine and the Barbara Ann Karmanos Cancer Institute, in Detroit.

"In order to pay for cancer care, many patients experience changes to their financial situation that can include everything from cutting back on leisure spending to dipping into savings or selling assets, taking on debt, or even losing a home or declaring bankruptcy," Hastert said.

Researchers looked at these strains and their effect on people of different races. They focused on 1,000 cancer survivors between the ages of 20 and 79 who were diagnosed and/or treated at Karmanos. All had survived an initial diagnosis of breast, colon, lung or prostate cancer. They answered questions about the financial impact of their treatment and their socioeconomic status.

So far, 695 people have participated in the study, including 414 black survivors. Overall, about 52 percent of the participants were facing some type of financial stress related to their treatment. That included that about 57 percent of blacks and 47 percent of whites.

The study revealed that 31 percent of the black patients went into debt for their treatment, compared to 18 percent of whites.

Black cancer survivors were also more likely to have made some treatment decisions based on cost concerns, such as avoiding an office visit or skipping doses of prescribed medicines. Such cost-cutting moves were made by 21 percent of black survivors, compared to about 15 percent of whites.

Slightly more white patients than blacks -- 25 percent vs. 19 percent -- tapped savings, retirement accounts and other assets to pay for their care.

The researchers said differences in net worth, job status and insurance may have contributed to the added financial burden for black patients.

The findings were to be presented Sunday at an AACR meeting in Fort Lauderdale, Fla.

Studies presented at medical meetings are considered preliminary because they are not subject to the same scrutiny as those in peer-reviewed journals.